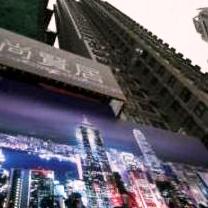 Still undemocratic, but more unequal than ever

On July 1, as Hong Kong marks the 15th anniversary since its return to Chinese rule, a massive anti-government demonstration will take place. Last year more than 200,000 took part in what, since 2003, has become an annual event. This alone shows how strained are relations between the central government in Beijing and the Hong Kong ‘special administrative region’ it regained from Britain in 1997.

This year’s ‘7.1’ demonstration will be a baptism of fire for new Chief Executive (head of government) Leung Chun-ying, on his first day in office. Leung, known as “CY”, is a capitalist politician with a clear authoritarian streak. He is also a suspected member of China’s ruling ‘communist’ party (CCP). Like many other elite figures, Leung denies this. The CCP rules over, but does not officially exist in Hong Kong, preferring to operate in the shadows.

The CCP is deeply unpopular especially among young people. As a legal party, without the political monopoly it commands in mainland China, the CCP would inevitably be damaged by greater public scrutiny, unfavourable opinion polls and electoral setbacks – calling its legitimacy into question, not just in Hong Kong.

Liberal author and commentator Christine Loh describes Hong Kong’s system rather politely as “undemocratic capitalism”. While the territory enjoys a degree of autonomy, its people cannot elect a government, which is instead appointed by the CCP dictatorship in consultation with Hong Kong’s billionaire tycoons. The CCP has preserved an undemocratic governmental system inherited from the British, making very few changes.

Wave after wave of demonstrations and mass demands for one-person-one-vote have met with delaying tactics, pseudo ‘reforms’, and other manoeuvres from the central government and its local representatives. The capitalist tycoons and conglomerates that control the economy make no secret of their opposition to faster democratic change, arguing this will lead to ‘welfarism’ and undermine competitiveness (i.e. profits). The frozen pace of democratic change is one of the main causes of anti-government feeling. Other factors – a housing crisis, extreme wealth gap and government-business ‘cronyism’ – have brought discontent to boiling point.

Despite its undemocratic system, Hong Kong is regularly judged the “freest economy” in the world by right-wing think tanks. The Heritage Foundation (linked to the Wall Street Journal) regularly places Hong Kong top of its list of “freest economies”. By comparison, Britain came 14th and Germany 26th in the most recent list

But Hong Kong has the most extreme wealth gap of any developed economy according to the UN. Based on several surveys it also has the world’s “most unaffordable housing”. Home prices have risen 82 percent since late 2008, largely fuelled by the cheap US dollar and ultra-low American interest rates (to which Hong Kong is tied through a currency peg) and an influx of mainland China capital seeking speculative gains and a way around Beijing’s capital controls. Mainlanders account for over one-third of property deals since 2008.

Hong Kong boasts more millionaires than any other comparably sized city, but spends only a fraction of what other developed economies spend on welfare, education and pensions. An estimated 300,000 elderly people – mostly women – gather trash on the streets every day to earn a little cash from recycling. And the wealth gap has widened since China regained Hong Kong. The share of the population living in poverty has risen from 14.8 percent in 1995 to 18 percent today. While GDP has grown by 30 percent in the last ten years, median monthly income has been virtually stagnant, inching from HK$10,000 in 2001 to HK$11,000 today, partly due to the minimum wage law of last year.

In Hong Kong, the term “property hegemony” is widely used to describe how a few tycoon dynasties control most of the economy, with business empires spanning property, construction, hotels, transportation, telecoms, retail and banking. Just four tycoon families (led respectively by Li Ka-shing, the Kwok brothers, Lee Shau-kee and Cheng Yu-tung) control roughly half the economy and have grown even fatter from close relations with the CCP since the handover.

Li Ka-shing is Asia’s richest man and owns companies in more than 50 countries, including electricity and water companies in Britain, Australia and Canada. It is often said that for every dollar spent in Hong Kong, five cents goes into the pocket of Li Ka-shing. Hong Kong’s net foreign assets (ownership of companies, securities, stocks etc.) are the highest in the world at 288 percent of GDP, ahead of second-placed Switzerland on 157 percent. This shows how Hong Kong’s tycoons have pushed overseas – into land deals in mainland China in particular.

The CCP built up close ties with Hong Kong’s tycoons from the early 1980s, when negotiations began with Britain over the territory’s future. The CCP adopted the doctrine “use business to steer politics” – something it has repeated in Taiwan more recently, making allies of Taiwan’s big capitalists. Of China’s 20 largest export companies, 10 are Taiwan-owned.

In Hong Kong’s case, the tycoons and financiers are now big players in the mainland economy. Hong Kong’s bank loans to the mainland China property sector are worth 200 percent of its US$280 billion GDP. Especially since the 1997 handover, the Hong Kong economy has been built upon “money laundering” to facilitate outward capital flows from mainland China to get around the government’s controls. Most of this money is then “round-tripped” back into China as “foreign investment” – enjoying tax breaks, cheap or free land, and other perks. Between 1978 and 2010, Hong Kong stood for half of China’s total FDI (foreign direct investment).

To prepare for the handover, Beijing in 1985 set up the Basic Law Drafting Committee (BLDC) to write a ‘constitution’ for Hong Kong. It included 23 Hong Kong members out of 59 in total, and of these 23, twelve were tycoons. Pao Yue Kong, a shipping tycoon, and David K P Li, chairman of Bank of East Asia, became vice chairs of the BLDC, which “showed Beijing’s desire to form an alliance with the capitalists” according to Christine Loh. The resulting constitution, ‘Basic Law’, enshrines capitalism as the “only system” that can be practised in Hong Kong until 2047 (50 years after the handover), and even outlaws budget deficits as a hedge against ‘welfarism’.

Although the BLDC is no more, the tycoons are heavily represented among Hong Kong’s appointees to China’s quasi-governmental organs like the National People’s Congress (NPC) and Chinese People’s Political Consultative Conference (CPPCC). This process of integrating the big capitalists with the CCP regime began with Hong Kong and has since been emulated elsewhere, including on the mainland itself.

Throughout this period, Beijing has worked closely with Hong Kong’s capitalist establishment to block universal suffrage and demands for stronger welfare rights. In his memoirs, the former boss of Xinhua’s Hong Kong office (forerunner of the Central Government Liaison Office) Xu Jiatun confessed, “some of the capitalists and people in the upper strata of society thought they could rely on China to resist Hong Kong’s democratic trend.” Xu expressed fears that one-person-one-vote, “would make Beijing lose control of Hong Kong”. [from Christine Loh’s book, Underground Front, Hong Kong University Press, 2010]

Using its alliance with the tycoons, the CCP has also been able to muzzle Hong Kong’s ‘free press’. Most media tycoons have business interests on the mainland and positions in mainland governmental bodies. The bosses of Sing Tao Group (Charles Ho), Oriental Press Group (Ma Ching Kwan) and Wheelock (Peter Woo), which controls Cable TV, are all CPPCC members. As is Victor Li, son of Li Ka-shing, whose business empire owns Metro Broadcast Corporation. In 2003, when half a million people mobilised to defeat the repressive security bill, Article 23; tycoons like Li Ka-shing, Stanley Ho and Gordon Wu came out publicly in support of the bill. Article 23 would limit freedom of assembly, free speech and other democratic rights, as well as banning “links with foreign organisations” such as the CWI.

The monster demonstration on ‘7.1’, 2003, established a new tradition, with big annual pro-democracy demonstrations on that day. This year, with CY taking power, Article 23 is back on the agenda. His government, with Beijing in the wings, will undoubtedly attempt to push a new bill through, possibly getting some right-wing ‘pan democrats’ to support this in return for token concessions or even seats in a ‘coalition’ government. These pro-capitalist politicians have shown many times that their support for democracy is little more than words.

But at society’s base there is massive opposition to new repressive legislation and frustration over endless broken promises about universal suffrage. The widening gap between Hong Kong’s rulers and the ruled is preparing the way for a social explosion, with big repercussions in mainland China and the region. The history of Hong Kong’s journey from colonial rule to fragile ‘autonomy’ shows that the struggle for real democracy cannot be separated from the struggle against capitalism.