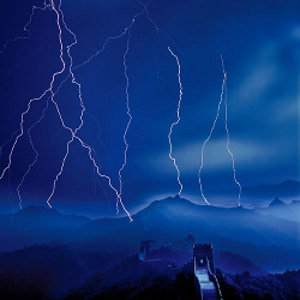 The power struggle in the top levels of the CCP as it grapples with its leadership changeover, is the most serious for two decades, with far-reaching implications for China and global capitalism. The dramatic fall of Chongqing CCP chief Bo Xilai in March has blown the lid off the normally closed world of the ruling elite.

The top leadership, especially president Hu Jintao and president-in-waiting Xi Jinping, want to contain the power struggle and prevent a wider factional blood fight with unpredictable consequences. Whether or not they succeed, the Bo affair represents a turning point in Chinese politics, with the new leadership set to inherit a weakened and more polarised power structure, as it navigates a stormier political environment at home and abroad. The rapidly deteriorating economic landscape further complicates the regime’s quest for ‘stability’.

Lenin explained how splits at the top can unleash a revolutionary situation: “[W]hen it is impossible for the ruling classes to maintain their rule without any change; when there is a crisis, in one form or another, among the “upper classes”, a crisis in the policy of the ruling class, leading to a fissure through which the discontent and indignation of the oppressed classes burst forth.” (The Collapse of the Second International, 1915)

Especially since the watershed events of 1989, the Chinese regime has assiduously promoted an image of ‘unity’, keeping any signs of internal feuding under wraps, and with good reason. An open split in the regime would encourage the masses and especially the working class to take to the road of struggle. The Bo Xilai affair has not just ended one notable political career, but further compromised and weakened the regime as a whole. The case “brought serious damage to the image of the country and the party” admitted Zhang Dejiang, the vice-premier who was parachuted into Chongqing to fill Bo’s empty seat.

“When sorrows come, they come not single spies, but in battalions,” says Claudius in Shakespeare’s play Hamlet. Since Bo’s removal, the Chinese regime has been buffeted by the Li Wangyang scandal (alleged ‘suicide’) and the hasty deal it was forced to strike with Washington to allow activist Chen Guangcheng and his family to go abroad. These cases have all highlighted the brutal actions of the security apparatus, now costing more than the military – over 700 billion a year. This sum is equivalent to Vietnam’s GDP! These scandals, and further ‘mass incidents’ involving tens of thousands of workers and youth as in Shifang (Sichuan province) and Wangsheng (Chongqing), have raised anti-government feeling to a new high.

The central CCP leadership seized upon the Chongqing scandal, with the death by poisoning of the British businessman Heywood and an attempted cover up, to bring down Bo Xilai. Corruption charges are always the preferred method for settling political scores within the Chinese state (who is not corrupt?), but the real reason was Bo’s ‘non-conformism’ and his skilful use of the media to promote himself through a number of public campaigns. While largely devoid of real content, these campaigns tapped into public nostalgia for the Mao era and dissatisfaction with today’s yawning wealth gap. This represented a potentially dangerous incitement to ‘leftism’ as far as Beijing was concerned.

But having ‘got their man’, Beijing now faces a tough dilemma in laying this affair to rest without inflicting further damage to itself. A public trial, as some liberals are demanding, risks feeding popular anger as more evidence surfaces of the phenomenal wealth and corruption of the ruling elite, especially princelings, or members of the ‘red nobility’, such as Bo. But if Bo’s fate is decided, as usual, behind closed doors, the regime’s credibility problems will increase. Bo’s extended family have according to foreign media reports amassed properties, stocks and companies worth US$136 million. This explains how Bo, nominally paid an annual government salary of around US$26,000, could put his son through a US$600,000 education in England and the US. The younger Bo was the first Chinese student to attend the elite school at Harrow, an incubator for future leaders of British capitalism, whose alumni include Winston Churchill and six other Prime Ministers.

The business dealings of the Bo family are far from unique. Top officials, but especially the princelings, are notorious for exploiting their influence and control over state-owned companies to build private business empires. “This is a privileged group that only bothers talking in billions,” remarked one CCP insider to journalist John Garnaut (Foreign Policy, 30 May 2012).

While the internal power struggle is complex, involving a number of factions and alliances that shift and overlap, it is rooted in the final analysis in the explosive class contradictions that have built up in China.

The gap between rich and poor has risen more than in any other Asian economy in the last two decades, according to the International Monetary Fund. China’s Gini coefficient (a measure of inequality) has increased from 0.302 in 1978 when Deng Xiaoping embarked on his ‘market reforms’ to 0.49 in 2006, at which point the regime stopped publishing figures. Many commentators believe the Gini coefficient today has broken through the 0.5 mark, indicating extreme inequality.

The top layers of the CCP can sense the coming volcanic eruption of mass anger, but they are undecided and divided over which way to turn. The current phase of the power struggle is between liberal ‘reformers’ who represent the interests of the increasingly vocal private sector capitalist class, supported by significant layers of the intelligentsia, against the ‘vested interests’ of the princelings. The bourgeois liberal wing, with Premier Wen their most prominent spokesman, want to check the power of the princelings, partly due to their neo-liberal agenda of downsizing the state sector, but also because they fear the princelings’ corrupt antics threaten the survival of the CCP regime. There is growing desperation within this wing that further delays in delivering at least an appearance of change will lead to an explosion, conjuring up parallels with the mass movement of 1989 and the revolutions in Egypt and Tunisia. “Reform is now racing against possible revolution,” warned Yun Tang.

The Liberals hope to exploit the Bo Xilai affair to effect a major factional realignment within the new government and tilt it in favour of more ‘radical’ reform, especially neo-liberal economic measures. Seeing their chance to push forward, with the princeling camp on the back foot, Wen and the liberals have also increased their calls for ‘political reform’, which however does not include calls for elections, universal suffrage, or anything faintly resembling democratic rights for the mass of the population.

Nevertheless, despite the limited nature of Wen’s political reform agenda (mostly focused on legal reforms and greater latitude for the news media and NGOs) sections of the middle-class and especially the private sector capitalists and small businessmen have had their hopes lifted that reforms to curb ‘crony capitalism’ may be in the offing, giving the politically-unconnected bourgeoisie greater influence over government policy.

The CCP’s liberal wing, having tremulously found its voice in recent months, is pushing for the empowerment of privileged sectors through clearer legal protection – so-called “rule of law” – and other safeguards, but it offers nothing in the way of genuine democratic rights for the masses, such as free elections, freedom of assembly, the right to build political parties or workers’ unions. As in the case of Bo Xilai, with the wholesale suppression of leftist websites, the liberals can be extremely illiberal when this suits their interests.

There is no wing of the CCP regime that stands on the side of the masses or against capitalism. Even if a deal is struck to contain the power struggle and ‘unite’ behind a new leadership team, the infighting will undoubtedly resume after the transition, given that no faction or leader offers a way out. As Lenin explained, the masses can be emboldened by the governmental crisis, opening new possibilities for mass struggle. Socialists and the supporters of chinaworker.info combine struggle against the regime, and for full democratic rights, with a socialist programme to place the running of society and the economy democratically in the hands of the working class and rural poor.