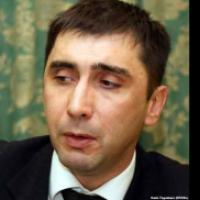 Today, August 28, Vadim Kuramshin was released from the courtroom in Taraz after the jury’s verdict was announced. The human rights activist was found guilty of only one misdemeanour – “arbitrariness” (under article 327 of the criminal code). For this he receives one year’s probation, but he has been cleared of all other charges originally brought against him.

This is a tremendous victory brought about by an unprecedented campaign. This has included world-wide solidarity organised by the socialists of the Committee for a Workers’ International and Campaign Kazakhstan, by the tremendous support of his comrades and friends in the country and by the coverage given by the independent media of this scandalous trial.

Vadim Kuramshin spent more than six months behind prison walls in Taraz. State forces had been ordered to carry out a special operation; its agents were instructed to track him down and finish him off. This aim appeared to be behind the recommendation of the public prosecutor to have the human rights lawyer sent down for 14 years to a ‘special regime’ colony, usually reserved for murderers and hardened criminals.

A long list of people, including highly placed officials, were interested in Vadim Kuramshin just sitting and rotting in a prison. In this way they wanted to destroy the movement known as “Fighting Tyranny!” in which Vadim has been very much involved. They wanted to eliminate resistance being organised – against torture, widespread corruption in the courts and prisons – and to cover up the numerous cases of torture and murder of prisoners. Additionally, Vadim was a co-worker of ours, so his arrest was also seen as a blow against our organisation.

In the making of such a judgment – the first credit must go to the jury who did not succumb to the pressure from the security services and the judiciary during the weeks-long break. They were convinced of the total lack of guilt on Vadim’s part, when the multitude of facts came to light about outright fraud and the fabrication of evidence. It became obvious to them that the testimony of “witnesses” was illegal – the actions of the Ministry of the Interior, the National Security Committee and the prosecution, when they were expelled from the courtroom by the judge, they made the only correct decision. The judge asked them to take action on three charges. Understanding that after a six-month detention, Vadim was still in the right, they made the only correct choice, leaving just the minor ‘offence’ of “arbitrariness”.

Letters were also sent to members of the European Parlaiment on the initiative of the Irish Socialist Party representative, Paul Murphy. There were statements by Andrei Junko, member of the German Bundestag for the Left Party. The president of the All-Kazakhstan workers’ union, “Zhanartu”, Esen Ukteshbayev, raised the question of Vadim Kuramshin during all the meetings he had in Europe, with human rights and workers’ organisations. The Socialist Movement Kazakhstan, with the maximum involvement of Socialist Resistance (CWI Kazakhstan) has also held many pickets and protests, produced leaflets and distributed information about the trial throughout the country. Great assistance with spreading information about the court proceedings was given on the “Republica” portal and on the site guljan.org. This once again shows that a massive campaign of solidarity can smash the plans of the Nazarbayev repressive machine.

Vadim Kuramshin himself thanks everyone for all their help and support in securing his release. He declared on Tuesday morning: “The circumstances of my release have shown that the jury is the only mechanism for safeguarding the legal interests of ‘inconvenient’ activists. This was confirmed by the events of today! But without the support of the Socialist Movement Kazakhstan and the Committee for a Workers’ International, without the active support of Zhanna Baytelova, Ainur Kurmanov, Esenbek Ukteshbaev this would not have happened. A huge thankyou goes to the lawyers Iskander Alimbayev and Razia Nurmasheva, Dmitri Tikhonov, Armand Ozhaubaev, Nadezhda Ataeva, Paul Murphy and Andrew Junko as well as my journalist friends and colleagues. Very many thanks to all activists of the CWI and all the concerned people whose names, unfortunately, I cannot begin to list.”

See previous articles on this site here and material on the site of Campaign Kazakhstan here.