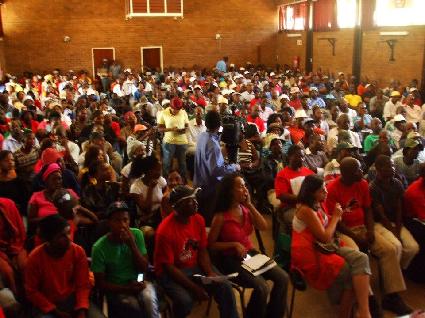 This report from our sister organisation in South Africa (Democratic Socialist Movement) was first published on socialistworld.net on 21 March 2013.

Over 500 Tshwane workers, mineworkers’ delegates, trade union and community activists packed Lucas Van Den Bergh Community Hall in Pretoria for the launch of the Workers & Socialist Party today. The hall could not accommodate the turnout and attendees over-spilled onto the neighbouring field.

The launch surpassed all expectations. It is without a doubt that WASP is striking a chord with working class people. Today’s launch will have worried many in the establishment – the ANC and their partners in government, the Cosatu leadership and big business. A new power is rising. The working class are getting organised and they are preparing a mighty challenge to the status quo. The ideas of socialism are being re-embraced. 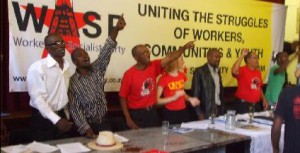 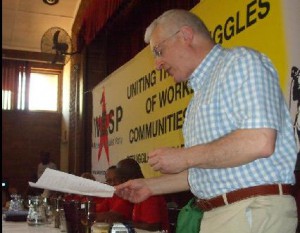 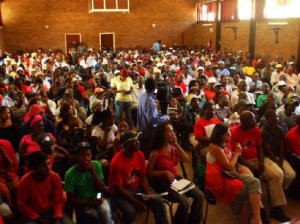 WASP will now prepare for its next phase of development. WASP will shortly announce a date for convening of a conference to establish democratic structures, a leadership and flesh out its manifesto. There are many other fronts WASP plans to open up: a campaign to re-call corrupt councillors, taking up the issue of labour broking, the collection of one million signatures in support of WASP, and preparing the ground for a general strike should the mine bosses and government dare to enact mass retrenchments in the mining industry.