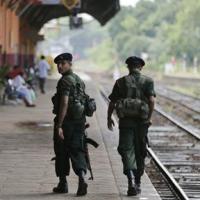 The one day protest general strike held on 21 May was a significant step forward for the working class in Sri Lanka.

This extremely significant national strike – in Sri Lanka referred to as a “token strike” – was called by the Coordinating Committee of the Trade Union Alliance as a warning shot against the huge hike in electricity tariffs by President Mahinda Rajapaksa’s government.

Although the strike was not a complete success, it nevertheless sent a powerful message to the autocratic regime in this country. In fact, the 21 May action was the first national token strike since the defeat of the historic July 1980 general strike. In that respect it represents the beginning of a new era for the Sri Lankan working class.

The strike was very successful in the so-called Free Trade Zone in Katunayake and in the industrial zone of Rathmlana, near Colombo, where the left trade unions have a strong base. The strike was also strong in some areas in the countryside and the tea estate areas in the central Hill Country.

In Katunayake and Biyagama, large numbers of workers came out from their factories and joined the strike. However they were chased away by the police when they tried to demonstrate in front of their workplaces. Later on, the army was deployed to suppress those workers, who were herded into their factories.

Also, in Rathmalana, a large number of workers struck and held a militant demonstration along the main highway. More than 500 people joined the demonstration for about three hours. A meeting held there afterwards was addressed by a representative of the USP along with leaders of the NSSP. Similar actions took place in many other areas. Protest picket lines in the lunch hour was the most common action taken in many workplaces.

The main weakness of the strike was the minimal participation of the state sector employees. Without their participation a general strike cannot be a total success. This is because public sector employees (numbering more than 1.2 million) administer almost all the functions that are important to the people’s daily lives.

Although the trade union alliance tirelessly worked round the clock to make the strike a success, its inability to reach out to important layers of the working class, mainly in the public sector and also in some private sector establishments, was visible. The betrayals of the so-called radical, traditional trade union leaders of the LSSP and CP – who wavered initially and then tried to sabotage the strike – impacted on the majority of the working class who were bewildered by the government’s massive anti-strike propaganda and frightened by various threats and intimidation from the bosses.

The need to build a national convention of factory level workers’ committees is the most important lesson of this strike which was the result of many years of campaigning. The different trade union leaders, linked to different political parties, are now being pushed to come together and take joint decisions to win the demands of the working class. This unity must be consolidated by forming, at national level, a democratic workers’ convention to discuss future plans, the problems faced by the working class, and to take common decisions on future action.