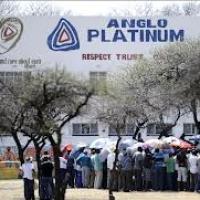 The Workers and Socialist Party (WASP) denounces in the strongest terms Amplats’ cold-blooded plans to slash 6,000 jobs and stands in solidarity with the Amplats workers who are threatening strike action on Monday May 20 in protest. Amplats, which falls under Anglo American, is the world’s largest platinum producer. With every worker supporting 6 – 10 dependants and each mining job estimated to generate another 26 jobs in the wider economy, these job losses spell disaster for mineworkers, their families and working class communities at large. The job losses are particularly alarming as it is clear that through Amplats the entire mining industry and SA big business at large are testing the waters. An injury to the Amplats workers will indeed be an injury to all, with mass retrenchments likely to follow across the economy.

WASP therefore calls on all Amplats workers, the National Workers Committee and the unions in the mining industry to mobilise for united, well-organised and effective resistance. WASP is also calling on all organised workers, particularly all the federations of labour, to organise a 24-hour general strike as the starting point for a campaign of rolling mass action to unite the entire working class – i.e., organised labour, working class communities and youth – in struggle to defeat the retrenchments at Amplats and elsewhere.

Amplats has been condemned by capitalist analysts for allegedly capitulating under the pressure of the unions and the government in limiting the job cuts to 6,000 from the original 14,000. Investors thirsting for vengeance have been determined to claw back the concessions they were forced to make after the strike wave that swept across the mining industry in the latter half of 2012. But in fact, Amplats has not reneged on its investor-dictated mandate to cut production and retrench 14,000. It has merely changed the timing – the 6,000 retrenchments are merely the first instalment, as revealed for example in the comment by analyst Peter Montalto that, ”we will, in the long run, still end up with the same number of job losses as originally planned” (iol.co.za, 13 May 2013).

As part of the restructuring of the entire industry the mining bosses are contemplating up to 200,000 job cuts over the next five years. The mining bosses are effectively attempting to offload the burden of restoring their profit margins onto the shoulders of the workers and their families. That is why Anglo Gold Ashanti has announced mechanisation of production, and Sibanye Gold has announced that 5,000 workers in its Gauteng mines are “in surplus”, while 3,000 will be fired as the Beatrix West mine is shut down. With the sharpest fall in the gold price since 1983, the Chinese economy slowing markedly and continued job losses in store in the USA, Europe and Japan, more mining companies are likely to follow suit. Escalating job losses and their spin-offs in other sectors could prove the projected threat to 200,000 jobs conservative – this in a situation where the latest quarterly unemployment figures from Stats SA reveal that the real unemployment rate is 38% (this as opposed to the official rate, at 25.2%, which only counts those who have been optimistic enough to look for work in the past two weeks).

Despite the fact that these fabulously wealthy companies have been hugely profitable for decades, and are well able to pay the justified wage demands of the workers, a media storm of vicious anti-working class propaganda has accompanied the jobs threats, which deliberately omits or distorts the facts surrounding the profitability of the mines. The common thread running through the claims of declining profitability is the decline in demand for and the consequent oversupply of platinum on a crisis-ridden world market, necessitating cuts of 250,000 ounces this year and more in coming years. In reality, the strikes have swung the platinum market, plunging supply to a 12-year low, actually balancing with current demand.

With no end in sight for the global economic crisis, the bosses fear that demand will decline. The bosses are thus putting measures in place now to protect their profits against short, medium and long term decline. They want to preserve the paradise where it would take a worker 300 years to earn what the CEO earns in one year; where just the profits of the nine largest mining companies in 2011 would have sufficed to pay each mine worker a monthly salary of R88,000.

The real agenda of the Amplats bosses, the Chamber of Mines and the entire capitalist elite is to break the back of workers’ unity and resistance and to restore the pre-Marikana balance of forces. Workers have correctly concluded that the killings of the past few days especially, starting with the assassination of AMCU worker leader Mawethu Steven, were no coincidence. The same modus operandi is at work now as last year: sinister killings, which never really ceased, by unknown forces that the police have yet to identify and arrest, to create an atmosphere of terror, and division amongst workers. With the workers divided, the bosses hope to push through their cuts on jobs and production, and to comfortably sit out the strikes they expect as wage negotiations now begin.

The only alternative for the workers is to unite and fight back if the capitalists are not going to walk over the broken bones of their workforce on the way to the recovery of their system.

If Amplats is allowed to succeed it would be a defeat not only for the Amplats workers, but for the working class as a whole. It would embolden the capitalists to unleash similar attacks against workers everywhere. Public sector workers will not be affected any less. Government finances are facing a triple crisis. The pre-crisis budget surplus has turned into a significant and growing budget deficit, for which it is already paying R100 billion in interest alone. The current account deficit is reaching unsustainable levels posing a threat to a volatile currency that is one of the world’s worst performers. South Africa’s credit ratings have been downgraded for the first time since 1994. We can thus boldly predict that the government – rather than taxing lavish company profits to increase its income – will try to cut public spending. This means not just a slow-down in job creation, but wage freezes and probable retrenchments and certainly no further expansion of the social welfare net.

The only way not just to save, but to create, jobs is for the mining industry along with the commanding heights of the economy to be nationalised under the democratic control and management of the working class. Only in this way would it be possible to plan the economy to meet the needs of the overwhelming majority; to bring production into line with demand; to establish harmony between production and consumption and to eliminate the periodic economic and social dislocation that production for private profit inevitably results in. Only in this way will it be possible to cut the working week and create decent jobs for all through job sharing without loss of pay, instead of retrenchments.