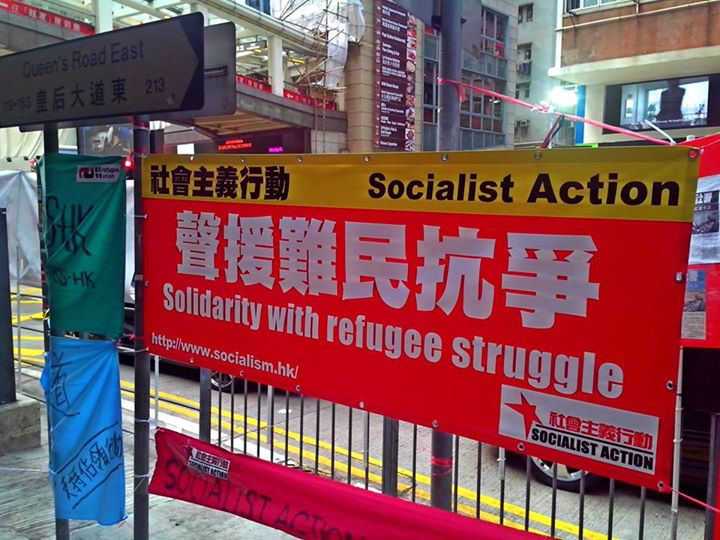 Socialist Action member Nate Norman interviewed Nino Ibrahim from Togo who has been a refugee in Hong Kong for over 9 years.

How long have you been living in Hong Kong?

Next February it will be ten years.

Why did you have to leave your country?

Togo, my country, does not have a fair system. The same family has controlled the government since 1967. After the presidential elections in 2005 were rigged, my brother took part in some anti-government protests and got arrested. Three months later I still hadn’t seen my brother. I asked people from the military and police who might know, the only answer I got was “he was killed the day he was arrested.” I cannot accept this. I can’t let my brother’s life go. I started organising anti-government protests and the military came after me, so I should leave or be killed.

Why did you come to Hong Kong?

My friend told me Hong Kong is safe and we from Togo don’t need a travel visa.

How long was the process of getting asylum here?

I got it the day I applied for it. But from the start I got no assistance from the government. They let me stay here, but don’t let me work and don’t help me at all.

How did you live if you couldn’t work?

I lived the first year at the star ferry pier as a beggar. One night, at about 3.00 am, I was really hungry so I wandered over to Chungking Mansions. Some police stopped me and asked for my ID. I only had my asylum certificate, so they put me in prison. The next four months I was in immigration detention. After I was released my friend helped me get some assistance from the government.

Do you have family members in Hong Kong?

In 2009 my wife came here. We now have 2 kids, aged 3 and 4, and life is very difficult. For my kids to go to kindergarten I need to pay first and the government will reimburse me in 6 months’ time, but how can I afford to do this when I am not allowed to work? The law is not fair. We need to work. How can we prepare our kids for life if the government does not change the system?

Where do you live?

In the ISS shelter. It’s ok there, we’ll survive. It is no place to raise children though.

Can you tell me a bit about the struggle of Hong Kong refugees and the Refugee Union?

We have been doing many protests to get attention for our cause, and we have had this occupation camp for over 120 days. We know there is a lot ahead before we can win the right to work and are able to have normal living conditions. We will keep going, we will not stop. We cannot work so we will not get tired.