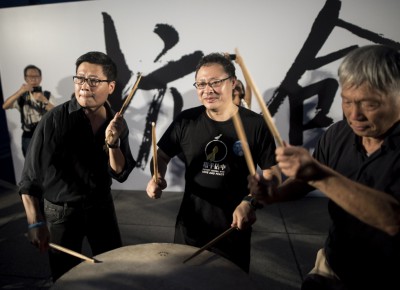 Hong Kong politics have been thrown into turmoil by the ruling of China’s National People’s Congress (NPC) Standing Committee on Sunday, which bars the way to democratic elections in the semi-autonomous territory. Spokesmen for the ruling CCP have threatened to crackdown on “illegal” protests against the ruling in Hong Kong, especially targeting the Occupy Central (OC) movement.

There is massive anger in society against the imposition of fake universal suffrage, under which one person one vote is completely negated by the strict vetting of candidates through a regime-controlled nomination committee. This means the stage is set for significant protests including mass walkouts by students, as well as the start of the long-discussed occupation of the central business district under the banner of OC.

Activists have been stunned, however, by comments made in an interview with Bloomberg on 2 September, in which law professor and OC spokesman Benny Tai Yiu-ting appeared to cast doubt over the future of the occupation. Tai said his movement could not change the “political reality” of the NPC’s ruling, stating that “the number of people joining us will not be as big as we expect, because of the very pragmatic thinking of Hong Kong people.”

Tai’s comments have been seized upon by the pro-government media and clearly play into the hands of the CCP and the anti-Occupy camp, who are conducting a hysterical propaganda campaign against the idea of occupation. This was shown in a front-page headline in the South China Morning Post (3 September): “Is this goodbye to Occupy Central?”

The timing of these remarks is especially unhelpful for activists among university and secondary school students who are mobilising for a week-long school strike starting on 22 September. This is one plank of the struggle against the NPC decision, which also includes discussions to launch the occupation – perhaps on 1 October – a public holiday and the 65th anniversary of the founding of the People’s Republic of China.

Tai’s claim that the numbers supporting an occupation will now be lower was immediately challenged by others. This understates the huge anger within society over the NPC ruling and its implications for Hong Kong’s future direction. It also raises the question why Tai and the OC leadership insisted on waiting for the NPC ruling, instead of launching the occupation much earlier as Socialist Action (the supporters of the CWI in Hong Kong) and many other groups advocated.

The OC movement put out a statement on its website to distance itself from Tai’s comments. Chan Kin-man told the South China Morning Post it was “not an accurate representation” of the group’s thinking. He said, “I have received many emails from moderate people who are angered by the [NPC] decision, saying they are now more determined than ever to join the [occupation] movement.”

With huge pressure building upon the OC leaders it seems likely that an occupation will be launched in some form on 1 October. Tai’s statement must be seen as a warning sign however of the lack of resolve and a fighting strategy at the top of the OC campaign. His comment that the main aim of the occupation was now to achieve “civil awakening” rather than a “strategic” battle, suggests he and perhaps other sections of the movement’s leadership want to limit the occupation to a purely symbolic, and perhaps not so long-lasting, protest. This fails to grasp the real mood in Hong Kong, where democratic aspirations are already very much “awakened” and big sections of the populace are looking for action and a way to struggle for change.

This incident highlights deeper problems with the approach of the OC leadership and their ‘moderate’ pan democrat allies. For them, rather than a serious plan for launching mass struggle, the idea of occupation has been used mainly as a threat or “bargaining chip” in the belief this would pressure the CCP dictatorship to reach a compromise over electoral reform. Leaders of the ‘moderate’ pan democratic parties, and Tai himself in the past, have made statements to the effect that they hoped there would be no need to actually launch an occupation.

This is something that Socialist Action have criticised as completely unrealistic. We pointed out that because of the CCP’s fear of a loss of control – in China and not only in Hong Kong – only a massive and determined struggle linking up with the Chinese masses was capable of defeating the regime and winning democratic rights. An occupation could be used as a springboard for such a movement to be built.

For a more detailed outline of Socialist Action’s position on this struggle see our statement on the NPC ruling.

In an incredible admission, Tai told Bloomberg: “Up to this point, we failed. What we planned is that we use the threat of the action to create the tension… Beijing refused to back down… So the strategic part should end. Now the thing we want to achieve is more about the civil awakening.”

The moderate pan democratic leaders and Tai, by his own account, underestimated what is needed in this struggle against the CCP dictatorship. Beijing’s hardline response has shaken these leaders and produced a crisis of nerves at the top.

By continually delaying the occupation in the hope of a dialogue with the CCP, a lot of opportunities to build the movement have unfortunately been wasted. This has also been a cause of frustration for a growing number of supporters, especially youth. The CCP clearly hopes to take advantage of this lack of preparation after delivering its resounding ‘no’ to democracy. Despite a lack of fight from sections of the pan democratic leadership, however, Beijing’s hardline stance could still trigger a massive backlash in Hong Kong.

The hesitations at the top underline another problem in the lack of democratic structures within the democracy movement, whereby in OC’s case an unelected ‘troika’ of Tai and two others – anointed by the media to be representatives of  the movement – are those making all the important political and tactical decisions. This is despite the OC movement’s adherence in words to “deliberative democracy” with a series of meetings and workshops, but where the views of the participants are not actually reflected in the decision-making, especially over key tactical questions such as the timing and nature of the occupation.

We have seen many other examples in other struggles, and other countries, where a leadership that is not held accountable to the members and grassroots activists can succumb to the pressure of the government and establishment at critical times. In the anti-national education campaign of 2012, also an occupation-style mass protest, the same problem manifested itself. A small leadership group took the decisions without democratic debate and discussion, resulting in the sudden cancellation of the movement – during the night – after a massive 120,000 demonstration had surrounded the government offices. This was in return for partial concessions from the government, when much more could have been won by continuing and building this movement.

Socialist Action believes there is an urgent need in the current struggle to convene a General Assembly of all organisations and groups who oppose the NPC decision. This should discuss and decide democratically on the next steps to take, by mapping out a strategy for escalating the mass struggle and identifying what forms of mass civil disobedience are necessary, as well as how to build for this. A bottom-up and genuinely democratic approach needs to be adopted as a key requirement for success in this struggle, rather than relying on a self-appointed group or individuals to control all decision-making. This should become the new focus, given the serious implications of the NPC ruling, in order to fight back against the undemocratic sham election model and challenge the one-party dictatorship.