There was a strong sense of déjà vu about the budget presented by Financial Secretary John Tsang Chun-wah on 25 February. Two years ago, Socialist magazine wrote that the 2013 budget, “resembles all the others – stingy beyond belief.” This one is almost identical, containing a few ‘sweeteners’ that cost the government almost nothing from its huge cash hoard. These are used to decorate a budget that is designed to create super profits for the tycoon elite.

In his budget address, Tsang tried to blame last year’s Umbrella protests for the slowdown in the economy. A year ago the government predicted GDP growth of 3 percent, but actual growth was just 2.3 percent. In reality, the economy is skirting close to recession and for the coming year the Financial Secretary predicts growth between 1 and 3 percent. In the background is what looks more and more like an economic hard landing in China, which can unleash a tsunami effect over Hong Kong – dragging down the financial and property markets.

This is made more likely by the rampant ‘financialisation’ of Hong Kong’s economy, which imitates all the high-risk banking tricks that led to the implosion of Wall Street seven years ago. When Hong Kong’s economy last suffered recession (shrinking growth), in 2008, total loans in the city’s banking system were worth HK$7 trillion (US$900 billion). But today they are worth HK$26 trillion (US$3.4 trillion) – more than three times as much! Within this overall explosion of lending, loans to mainland companies and banks now account for 40 percent compared to 10 percent in 2008, according to the New York Times.

These loans to China are a new form of the reckless “sub prime” lending which led to the US financial crash, something that can blowback on the wider Hong Kong economy. This high degree of exposure makes Hong Kong’s banks extremely vulnerable to the property bust and bad loans that loom in China. The fear of such a scenario is the real reason why the Hong Kong government is hoarding financial reserves – soon worth HK$856 billion, equal to 23 months’ worth of government expenditure. It is a reserve “war chest” to bailout the billionaires and speculators. At the same time we are told that despite these bloated financial reserves there is no money for a universal pension scheme other than through “big tax increases”.

Tsang admitted in his budget speech that the economy faces a “challenging” year ahead, pointing to Europe and Japan where deflation (falling prices) threatens to further depress economic growth. He acknowledged “concern about much more radical social conflict” in Hong Kong. This budget however contains nothing to solve the housing crisis or close the wealth gap, measures that might reduce the risks of conflict.

Four-fifths to the better off

Some news media are saying Tsang made a U-turn, having said last year that sweeteners and one-off relief measures would “soon become history”. The Standard even speculated that “the shadow of someone else” i.e. Chief Executive Leung Chun-ying may have crafted this budget, perhaps with the 2017 elections in view.

But we can only scratch our heads at the talk from some quarters describing this as a “generous” and “populist” budget – and even an attempt to “win over” last year’s youthful protesters. There were HK$34 billion of so-called sweeteners in the budget, a two-thirds increase from last year, but four-fifths of this money will be spent on middle and upper-income groups, with low-income groups only getting 20 percent.

The issue of welfare has been seized upon by right-wing populists. In fact, CSSA (Comprehensive Social Security Assistance) outlays have been squeezed over the last seven years with the total amount of CSSA payments falling by HK$2.1 billion. CSSA recipients are mostly the poorest sections of the elderly, people with disabilities, single parents and others in extreme hardship. The share of new immigrants from mainland China receiving CSSA make up only around 5 percent of the total, and most of them are children under 18 years of age. Yet a xenophobic chorus of complaints can be heard from both “anti-government” nativist factions and the right-wing establishment Liberal Party blaming new immigrants (i.e. mainland Chinese) for “grabbing welfare” and burdening resources. This shows how the nativist right acts as accomplices to the neo-liberal establishment.

Once again the government got it sums wrong. The budget surplus for this financial year is expected to be HK$63.8 billion – six times greater that Tsang’s previous forecast of HK$9.1 billion! This surplus has been squeezed from the blood and sweat of Hong Kong’s working population, mainly through extortionate property prices which are a massive undeclared tax on workers, small businesses and all consumers. Yet barely one-tenth of this surplus will be returned to society’s poorest layers in the form mostly of temporary relief measures such as a one-month rent rebate and two extra months’ payments for CSSA recipients. 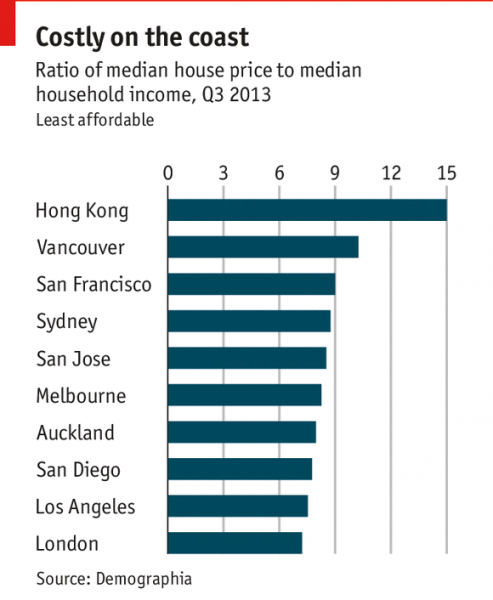 The budget in brief

Taxation: As the South China Morning Post noted, “Middle-income families stand to benefit most from the rise in child tax allowance and the rebate on salaries tax announced in the budget – while low-income families gain nothing at all. The extra help missed out the working poor as those families earning HK$20,000 a month or less fall outside the tax system, according to figures produced by accounting firm KPMG.”

Housing: No real change and the government admits it won’t meet its own (too low) promise to build 20,000 new homes a year. No action will be taken to bring down property prices which on average shot up 15 percent for small apartments, and 13 percent overall, last year. Rent control, something socialists campaign for, is clearly not on the government’s radar despite housing costs being a crushing burden for the poorest sections of society.

Pensions: While avoiding the issue, indirectly Tsang made clear there will be no a universal retirement protection scheme, which he said would be “unsustainable”. The elderly are the single most impoverished group in Hong Kong with one in three below the poverty line.

Daycare for elderly and disabled: The government promised funds for 1,200 additional places for various residential care services and rehabilitation services for the disabled. This is wholly inadequate when the waiting period for places is 10 years in some areas.

Healthcare: Expenditure is raised to HK$70.6 billion, which is an increase of 24 percent on last year’s spending. But most of the increase – HKS10 billion – is earmarked for a new system of subsidies that will “encourage” patients in public hospitals to turn to private clinics.