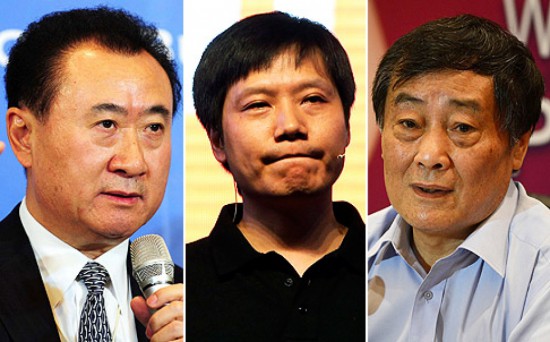 China’s ornamental ‘parliament’ the National People’s Congress (NPC) opens its annual session on Thursday in Beijing. The meeting will be followed assiduously by global media for signals about future economic policy as the world’s second largest economy slows down amid mounting debt problems and industrial overcapacity. Rather than real debates and deliberations, the NPC and its ‘twin’ chamber the Chinese People’s Political Consultative Conference (CPPCC) will merely rubber stamp decisions already thrashed out in the inner circles of the ‘Communist’ (CCP) dictatorship.

Nevertheless, as in previous years much attention will rightly focus on the participation of the country’s financial elite at this year’s gatherings. The Shanghai-based Hurun Report which monitors the fortunes of China’s elite says that this year a record 203 of the 1,271 wealthiest Chinese – one in seven – are delegates to the NPC or its sister body. This tally includes five of China’s 10 richest billionaires. As the Japan Times points out their presence at the annual meetings highlights, “the influence of the country’s mega-rich”. 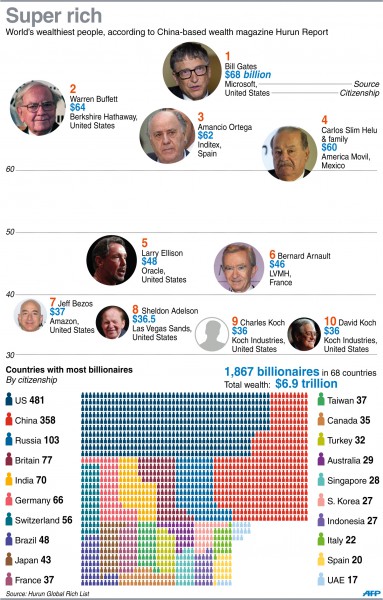 If a similar phenomenon was to be replicated in the United States it would mean billionaires Bill Gates, Larry Ellison, the Walton siblings (of Wal-mart) and Michael Bloomberg all sitting in Congress. But in the older capitalist ‘democracies’ the capitalist class generally prefer to rule more discreetly, behind a façade of well-bribed and ‘lobbied’ elected representatives of ‘the people’. China’s congressmen, without the fear of losing elections, make their American counterparts “look like paupers” noted Bloomberg News in a 2012 report. At that time, the net worth of the 70 richest NPC-CPPCC delegates was estimated at 565.8 billion yuan (US$90 billion), which dwarfed the US$7.5 billion net worth of all 660 top officials in the three branches of the US government.

On the eve of this year’s twin meetings, the Jilin-based New Culture newspaper reports that 15 of China’s 100 richest people are NPC delegates and 21 sit in the CPPCC. The combined assets of these 36 individuals are around 1.2 trillion yuan (US$191 billion) – more than Vietnam’s GDP. By comparing these figures we can see how the billionaire elite in China have benefited from the pro-capitalist policies of CCP ruler Xi Jinping – more than doubling their fortunes in just four years:

“Capitalists and landowners were persecuted in the early days of the Peoples’ Republic of China, with entrepreneurs only officially allowed to join the Communist Party during the 1990s leadership of Jiang Zemin,” noted the Japan Times.

Today, the billionaire-dominated CCP rules over one of the most unequal societies on the planet. The extreme wealth gap has become a major source of discontent which can cause political tremors in the period ahead.