Panic is gripping the right-wing clique that dominates the Labour Party, at the possibility of Jeremy Corbyn becoming the next Labour leader.

Even some in the Tory Party, despite enjoying watching civil war unfold within the Labour Party, are now frightened about what it will mean ifCorbyn actually wins. One cabinet member is reported as worrying that Corbyn‘s leadership “would drag the overall debate to the left and the tiny risk of his victory would be a catastrophe for Britain” (Guardian 27 July 2015).

For decades barely a whisper of the views of the majority of working-class people – far to the left of any of the establishment parties – has been heard in Westminster.

Yet Labour – just like the Tories and the Lib-Dems – has refused to promise any renationalisation. On the contrary, it has actively favoured privatisation. in office it massively expanded the role of the private sector in the NHS and other parts of the public sector.

Even former World Bank economist Joseph Stiglitz, who is no socialist, commented that he was not surprised at Jeremy Corbyn‘s popularity given the “demand for a strong anti-austerity movement around increased concern about inequality”.

He went on: “The bottom 90% of the economy has seen stagnation for a third of a century…It’s just very hard to say these centre-left parties – with emphasis on ‘centre’ – have been able to deliver for most people. Their economic models have not delivered and their message is not working.”

Only a handful of Labour MPs – including Jeremy Corbyn – have put forward such ‘dangerous’ ideas as opposition to austerity, or call for the abolition of student tuition fees or for the repeal of the anti-trade union laws.

Up until now they have been drowned out by the baying of the Blairites. This was summed up by the leadership election before Jeremy Corbyn‘s late entrance, with all three candidates competing to show who was the most ‘business friendly’. 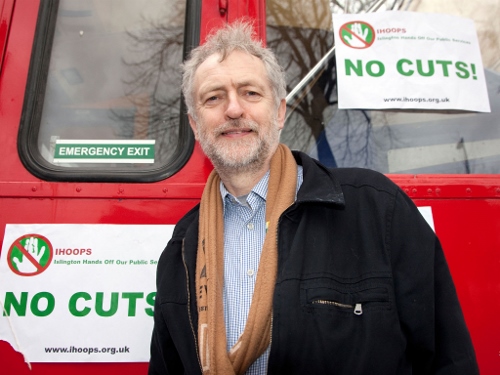 Now – having scraped onto the ballot paper after being ‘lent’ nominations by right-wing MPs – Jeremy Corbyn has got a platform for an anti-austerity programme. The result has been a tidal wave of enthusiasm for his candidacy. The right wing MPs who nominated him to ‘broaden the contest’ are bitterly regretting their actions.

One of them, Margaret Beckett, accepted the accusation that she had been a ‘moron’. Young people and trade unionists, excited about anti-austerity ideas are the worst nightmare of the Blairites.

They right-wing have dedicated decades to stamping socialist ideas out of the Labour Party, beginning with the witch-hunt against the Militant Tendency (now the Socialist Party/CWI).

Now the anti-austerity voice of the majority is in danger of bursting their Westminster [parliamentary] bubble. To try to stop this, the Labour right is scrabbling around to try to ensure that Jeremy Corbyn is defeated.

They are using every tool at their disposal to try to undermine Jeremy Corbyn. However, so far all their efforts are backfiring.

One of the lines of attack is to suggest that the Labour Party is supposedly being infiltrated by “Militant Tendency types”.

According to the Daily Mail chair of the Parliamentary Labour Party John Cryer MP has claimed that “Militant supporters are using the Trade Unionist and Socialist Coalition (TUSC) to pay the £3 voting fee.” This is wholly inaccurate.

The Socialist Party wishes Jeremy Corbyn well in the Labour leadership election. However, we are part of TUSC along with the transport workers’ union, the RMT, and many other socialists and trade unionists.

TUSC stood over 700 candidates in the elections which took place on 7 May 2015, aiming to begin to create the basis for a new – 100% anti-austerity – party of the working class.

We are not encouraging TUSC supporters to join the Labour Party, but rather to continue to build TUSC.

The existence of TUSC has, however, assisted Jeremy Corbyn‘s leadership bid. It was made clear at the Unite NEC, a Labour-affiliated union, for example, made clear that one of the reasons for its decision to back Jeremy Corbyn was that if it didn’t, TUSC supporters campaigning for a new party may succeed as a result of the increasing discontent of Unite members with Labour’s anti-worker policies.

The people being decried as ‘infiltrators’ are overwhelmingly young people new to politics and also older workers previously disillusioned by Labour’s transformation into a capitalist party.

Labour lost the general election not for being too left wing, as all the other Labour leadership candidates claim, but for not being left wing enough.

Millions of ‘traditional Labour’ voters did not vote, or voted for other parties, because they could not stomach Labour’s ‘austerity-lite’ programme.

Now, faced with further vicious attacks on working class people by this Tory government, Jeremy Corbyn‘s candidature has kindled a hope that Labour could become a voice in defence of all those under the cosh.

His campaign programme is actually quite limited, merely calling for ‘meaningful regulation of the banking sector’ rather than for nationalisation of the banks under democratic control, for example.

Nonetheless he has enthused many with his clear call for abolition of student fees and to reinstate the student grant, his promise to repeal anti-trade union laws and other pledges.

In a concerted attempt to frighten Corbyn supporters out of voting for him, the Labour right is claiming that left-wing ideas will never win an election.

The Militant is being held up as a bogeyman whose ideas would have consigned the Labour Party to un-electability. 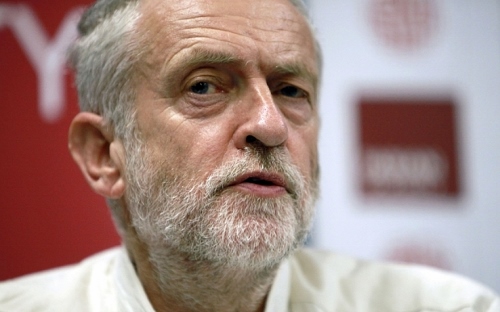 The council, in England’s 5th largest city, refused to implement cuts, and demanded the return of the money stolen from the council by the Tories. It was able to mobilise the working class people of Liverpool in support of its stance, with massive demonstrations and city-wide strike action.

As a result of standing up to the Tories in 1984 it won £60 million from the Tories. Liverpool City Council’s achievements included the building of 5,000 council houses, six new sports leisure centres, four new colleges and six new nurseries.

Today Labour councils up and down the country are dutifully implementing Tory cuts; imagine how popular a council that took the ‘Liverpool Road’ would be? If a swathe of councils took the same stand the resulting movement would have the potential to end Tory austerity.

And the ‘Liverpool Road’ was popular back then as well. The legacy of the Liverpool struggle was, for many years, a consistently higher Labour vote in Liverpool than other cities.

Kinnock, then leader of the Labour Party, launched a vicious witch-hunt against Militant and Liverpool City Council.

In reality, this was part of the drive to transform Labour into one more party of big-business, virtually indistinguishable from the Tories and Liberals.

It was justified, however, by the need to be ‘electable’. Yet in the 1987 general election, Labour nationally inched ahead, condemning workers to another five years of the Tories. Meanwhile in Liverpool Labour’s vote increased by 9.5% compared to 1983, the biggest swing to Labour in the history of the city.

These events were followed by the battle against the poll tax, where Militant supporters led an extremely popular 18 million-strong mass non-payment movement, which not only led to the abolition of the tax but also to the resignation of Thatcher.

If the Labour leadership had supported the non-payment movement they could have won the 1992 general election. Instead, disastrously, Labour councils were sending non-payers to prison.

As Militant supporters were expelled from the Labour Party we warned that this was the thin end of the wedge, and that the end result would be the expulsion of socialist ideas and the voice of the organised working-class from the party.

This is what has taken place over the succeeding decades. The right has strengthened its political grip on the party, while the democratic structures of the Labour Party – which allowed the organised working class in the trade unions to influence the party – have been destroyed. 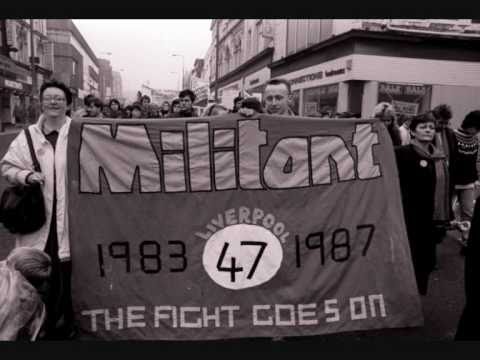 It is highly ironic that an unintended consequence of the latest undemocratic rule changes, implemented under former leader Ed Miliband, is the current situation. The Labour leadership has become a virtual lottery in which any individual – Labour supporter or not – can potentially vote.

The result is people signing up for £3 to vote for Jeremy Corbyn. We do not support this electoral system, which is more akin to a US-style ‘primary’ than to a democratic election of a party leader.

Usually this system means that the membership of a party is dissolved into broader layers of the population, who are more influenced by the pro-capitalist propaganda from the mainstream media.

On this occasion however, despite the efforts of the capitalist press, given the groundswell of support for Corbyn, and the extreme weakness of the other candidates, it is possible he could win.

If this happens it would be a real step forward. It would mean, in effect, the formation of a new party.

Jeremy Corbyn and his supporters would face open revolt from the right-wing that dominates the Parliamentary Labour Party and the Labour machine, which would be totally unwilling to accept his leadership.

Already Labour MPs are threatening to trigger another contest immediately in order to get Jeremy Corbyn ‘out by Christmas’.

Far from respecting democracy the Blairites, as Bertolt Brecht put it, want to dissolve the electorate and get a new one!

In this situation Jeremy Corbyn would need to stand firm and mobilise the maximum possible support from across the workers’ movement.

We would encourage him to organise a conference of all those who have voted for him, plus the many trade unions – including non-affiliated unions like the RMT, PCS and FBU – which support a fighting anti-austerity programme.

The Socialist Party would participate in such a conference and would encourage other TUSC supporters to do the same. The ensuing battle could result in the pro-capitalist elements being ejected from or leaving the Labour Party.

However, given the class character of the Labour Party today, it is more likely that such a struggle would result in the right clinging onto the machine and forcing out the democratically elected leader and his supporters.

Whatever the outcome the basis would be created for a significant, clearly anti-austerity, and potentially very popular new party.

If, on the other hand, one of the three Blairite horrors wins the election we would urge Jeremy Corbyn and his supporters to draw all the necessary conclusions from their experience.

While anti-austerity ideas are viewed with disdain by the Labour Party machine, they are very popular among workers and young people.

A political voice for those ideas is urgently needed. The Socialist Party, along with others in the Trade Unionist and Socialist Coalition, has been campaigning to prepare the ground for the creation of such a party.

If Jeremy was defeated in the Labour leadership election but was then to call for his voters to join him in building a new party – with a clear anti-cuts, socialist programme – it could very quickly gain momentum.

Whatever the outcome of the election, the single most important feature of it is that anti-austerity young people and workers are beginning to find a political voice. This is an important step forward which will be vital in the coming struggles against the Tory government.