More turmoil ahead for the US, Asia and the world

The world is in a state of shock after America’s election. Asian government’s are watching with baited breath for clues over where US foreign policy will turn under the new president. Donald Trump built his election campaign on a nationalist ‘America First’ economic agenda – to break with existing trade deals and review old military alliances. It is unclear how far his administration’s policies will conform to his right-wing campaign rhetoric and the possible international fallout not least for Asia.

The elevation of such an unpredictable, racist and sexist figure to the US presidency is the mark of a historic crisis for American capitalism and its political system, which is deeply distrusted and compromised in the eyes of the US population. The election campaign revealed a chasm between ordinary working people, whose lives have become much tougher since the global financial crisis, and an arrogant out-of-touch elite.

The traditional Republican Party hierarchy is now trying to impose a degree of ‘moderation’ upon Trump, to retreat from some of his more explosive political positions, but the outcome of this power struggle is far from certain.

Break-up of the TPP

There is a sense of panic among governments across Asia, and the big global corporations which have driven the process of capitalist globalisation, that Trump’s administration will initiate a pull back from global economic treaties and the US role as “the world’s policeman”. The first casualty could be president Obama’s Trans-Pacific Partnership (TPP), a 12-nation trade and investment bloc, which Trump has promised to abandon. On the campaign trail Trump said the TPP was “a disaster done and pushed by special interests who want to rape our country”.

Trump is a crude expression of a process already in play, with every capitalist government practising various forms of protectionism in an attempt to shield themselves from economic crisis. World trade has stopped growing, suffering a “cardiac arrest” this year, according to a recent Organization for Economic Co-operation and Development (OECD) report.

Japanese Prime Minister Shinzo Abe, who heads the government with the most to lose from the TPP’s collapse, was the first foreign leader to meet president-elect Trump, in New York while en route to the APEC (Asia-Pacific Economic Cooperation) summit in Peru. Abe’s government, composed of politicians who mirror Trumps’ right-wing nationalism, fear that China will exploit the demise of the TPP and any perception of a US retreat from Asia to expand its own economic and diplomatic footprint across the region. This follows recent shifts towards Beijing, seeking increased military and economic ties, by former US allies Malaysia and the Philippines.

The TPP, which excludes China, was designed to underpin US capitalism’s drive to re-implant itself as the dominant power in the Asia-Pacific region – a policy known as the “Asian pivot”. Trump’s policies, paradoxically, for someone elected on an anti-China platform, could therefore benefit China. “There is no doubt that if the TPP fails it will be a huge win for China, politically and economically,” said Brian Jackson, a China economist at consultancy IHS Global Insight.

This, and the wider threat of a trade war, hung over the November summit of APEC, a looser 21-nation group that includes the US, China, and most Asia-Pacific economies. For Xi Jinping, the APEC meeting was a golden opportunity to promote China’s alternative to the TPP, the Regional Comprehensive Economic Partnership (RCEP), a bloc that groups together China, the ASEAN countries, Japan and South Korea, but excludes the US. The Financial Times summed up the fears of global and US capitalists: “When US President Barack Obama sits down with Xi Jinping and other Pacific Rim leaders in Peru… he may feel he is handing the Chinese leader the keys to the global economy.”

Against this background the tone of China’s state media has shifted from anxiety to cautious optimism – that Trump’s presidency might be good for Beijing. After all, the president-elect is known for his authoritarian leanings, praising many of the world’s dictatorships and commending Beijing for showing “strength” in 1989 by crushing the pro-democracy movement.

“Beijing is understandably relieved,” proclaimed the state-run China Daily, commenting on the possible break-up of the TPP. The ultra-nationalist Global Times ran a boastful editorial predicting the emergence of a “China-led Asia” and claiming that China’s economic strength had “geographically fractured” the US pivot to Asia. Such over-the-top confidence is not commensurate with the real state of China’s economy, which – like the US – is overextended and mired in debt. The deepening global crisis has shocks in store for both governments.

More than anything, Trump’s rule will bring “instability”, especially in international relations. And “instability” is what the Chinese dictatorship fears most of all. The world is on the threshold of a new and stormy period; with much sharper imperialist conflicts. Trump’s government will come under enormous pressure from the US military and corporate establishment, and from its regional allies, not to step back from Asia in military terms or to give China a free hand. Unlikely as this seems today, this could even lead to a rethink over TPP, and its survival in another form.

It is a comment on today’s topsy-turvy global economy that state capitalist China is now the main voice defending capitalist globalisation and ‘free trade’, at least in words, while these policies are increasingly challenged in the US and other Western economies. In part, this is because China is a dictatorship untroubled by elections and referendums. The pressures accumulating within global capitalism, reflected in a distorted way by Trump’s victory and Britain’s Brexit vote, promise further social and political eruptions in 2017 and beyond – and China’s leaders will not escape unscathed. 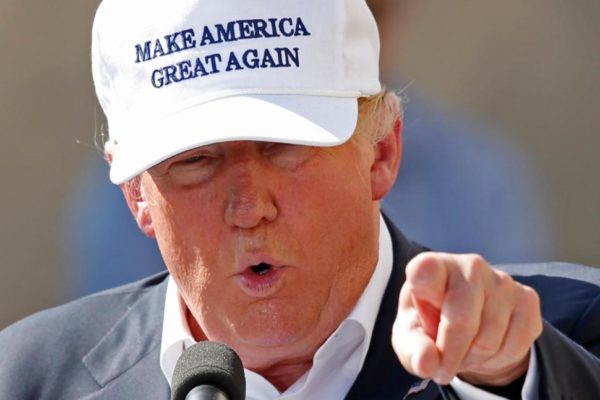