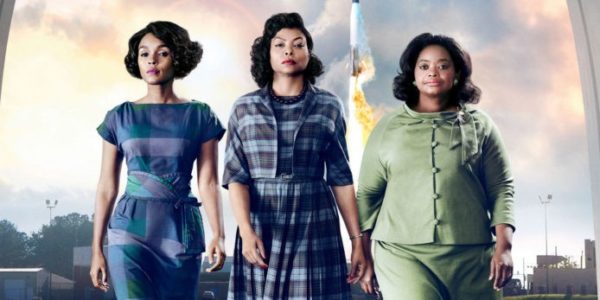 Space rockets and the struggle against racism and sexism might seem an odd combination but Hidden Figures definitely pulls it off.

It’s an interesting, funny, and moving account – based on a true story – of three black women’s struggle to reach their potential in 1960s America.

They have already overcome huge obstacles. In an early scene, Katherine receives a scholarship to the only school in Virginia that offers education for black children beyond the eighth grade. They become human ‘computers’ on Nasa’s Space Task Group, in the midst of the space race with the Soviet Union.

But they and the other black computers remain segregated from the white women performing the same role, working in a separate building.
As women, it is deemed impossible for them to have any more advanced role at Nasa – despite them showing time and again that they are some of the organisation’s greatest minds. And throughout the film a mainframe physical computer is being installed, threatening to replace all of the women’s jobs.

While not a film about the collective struggle of the civil rights movement or the general political situation in the US in the 1960s, neither does Hidden Figures ignore this context.

Cleverly interspersed throughout the film are real historical TV and radio clips of not only the rocket launches, but also events like the bombing of a Freedom Riders bus, and speeches by Martin Luther King Jr and President John F Kennedy.
Mary’s husband, who is active in the civil rights movement, is initially hostile to her applying for the qualifications she needs to become an engineer – no black woman had ever previously been a Nasa engineer – saying: “You can’t apply for freedom – it’s got to be demanded, taken.”

But the film is a reminder that while mass movements are the driving force of change, they are often mirrored by millions of individual acts of defiance – from the everyday to the extraordinary.
Mary goes to court to demand her right to take evening classes at a whites-only high school, which does allow her to go on to become a qualified engineer. Dorothy, who has been acting as supervisor for the black computers without the respective pay, turns the threat posed by the mainframe to their advantage.

She teachers herself, and then the rest of the group, computer programming – and goes on to become a leading expert in this at Nasa.

Katherine, whose calculation skills prove indispensable to the whole mission, repeatedly lists herself as co-author of reports she has worked on, despite being told to remove it every time.
The film gives glimpses – albeit sanitised versions – of the prejudice and abuse black people faced at this time in all fields. We see the backward opinions of several of their colleagues at Nasa.
But it also shows – again in simplified Hollywood fashion – the impact of experience, especially of working together, on tackling some of those attitudes.

Whether you have an interest in this period of social or scientific history, or just enjoy a classic Hollywood beating-the-odds story, this is a well-made and worth-seeing account of one small piece of the puzzle. 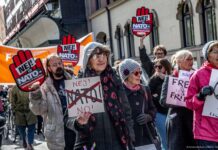