There are 350,000 migrant domestic workers in Hong Kong, mostly from Indonesia and the Philippines. Increasingly well-organised campaigns by migrants and their supporters in the local labour movement have had an effect in recent years, winning some partial improvements in their conditions which, however, are still widely described as modern slavery. Illegal agency fees, excessive work hours, physical abuse, and lack of privacy (43 percent of migrant domestic workers do not have their own room) – these problems are all too widespread. 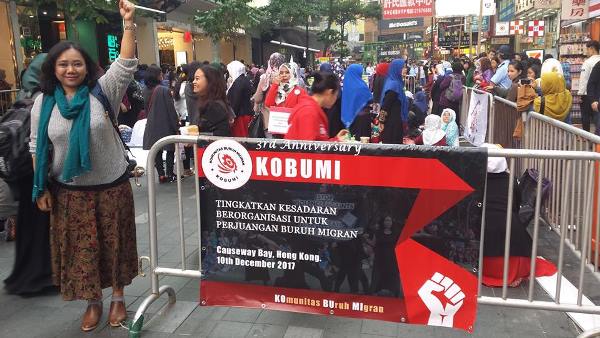 What is the purpose of KOBUMI?

What is the uniqueness of KOBUMI? Why organise a distinct group?

I don’t know what is special or unique about us, maybe other people see us that way. But our concern is to have an organisation that does not depend on funding from any other organisation, like NGOs.

What do you think about the development of the migrant workers’ struggle over the past three years?

Over the past three years it has been quite good. There are more organisations that have come up. There are many migrant workers who did not know about their rights but now migrants are learning about their rights. They are willing to struggle even if they do not join the organisation. Some of them will join the organisation, which is very important, and our target is for them to join so we can struggle together, but even if they don’t join, we can support them.

This is the good progress for migrants in Hong Kong. The Hong Kong Government has granted an increase in salary [to HK$4,410 a month from October, an increase of 2.3 percent] but it is still nowhere near enough to live in Hong Kong. So the actual conditions of migrant workers have not changed, even though we see a lot of organisations joining together for progressive goals and fighting together. 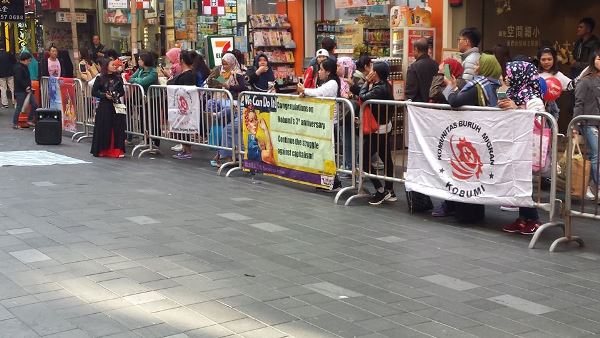 What do you think will be the main issue in the next period for migrant workers?

[Migrant workers are widely exploited by so-called recruitment agencies, which illegally overcharge and force migrants into heavy debts. These agencies are very poorly regulated by the government and punishments for violations are very soft].

What’s critical to understand is that there is a huge problem of land-grabbing in Indonesia. Many migrant workers are forced to come here because they have lost their land. This is a very big problem for us.

Can you speak a little about your experience collaborating with Socialist Action?

Thank you for taking the time today on KOBUMI’s 3rd Anniversary to talk with us. 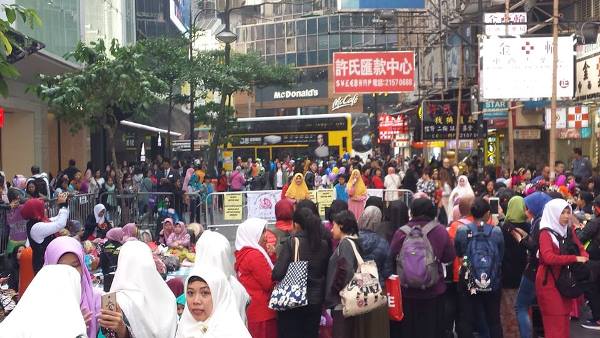