Down with Carrie Lam’s brutal regime! Build for a political strike to stop the extradition law!

This is the text of a leaflet issues by Socialist Action (CWI in Hong Kong) for a demonstration against police violence on Friday June 14.

Hong Kong has not seen police brutality like this in modern times. Police used shocking violence to attack what until then had been peaceful protests by tens of thousands of young people surrounding the Legco (Legislative Council), which successfully prevented the debate to approve the extradition law from getting underway. At the time of writing, the Legco session is still suspended, now for the third day.

The youth are now called “rioters” by Carrie Lam. It is another one of Lam’s lies, as her regime rapidly becomes more hardline than CY Leung’s. The police are using “riot” charges to round up young protesters as a way to spread fear and break the will of the protests. The mass movement must defend the young protesters who waged a brave, disciplined and peaceful protest at Admiralty on Wednesday June 12 until police launched their vicious attacks. 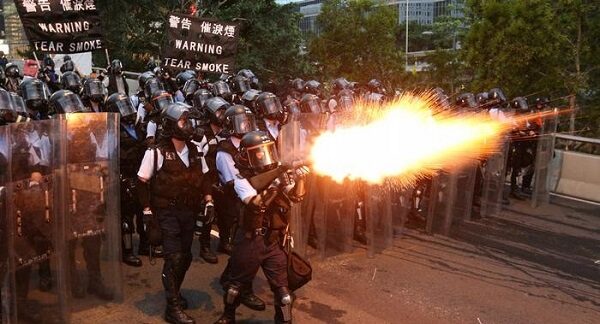 Why on June 12 did the police use such unprecedented violence (more than during the whole Umbrella Revolution)? Because they had been taken by surprise by the mobilisation of the youth, and then were ordered to use “all means” to prevent a new Occupy situation from developing.

Hong Kong people’s anger is growing by the day. We face a government which rules through violence and lies. It has no legitimacy. Even after one million people have marched the government pushes ahead with its evil extradition law.

Today, the Chinese dictatorship (CCP) under Xi Jinping’s rule is more authoritarian than in 2003, when mass protests defeated the government and stopped Article 23 national security legislation. The CCP fears that if it allows a victory for the Hong Kong democracy movement this would spread as an example to China’s masses.

Moreover, the escalating Sino-US conflict makes the stakes even higher for Xi Jinping – making the extradition law a symbol of the CCP’s power in Hong Kong and against “foreign interference”. The people of Hong Kong have shown heroic resistance. But we also know that a protest march alone, even a gigantic one, is not enough to force the government to make concessions, so what is the next step? Now, discussions about strikes are spreading from below and this can take the struggle to a new stage.

Many including teachers, social workers, bus workers, students and others are discussing the need for a strike. This can be the biggest change Hong Kong politics has seen. One of the reasons the Umbrella Movement failed in 2014 to force concessions from the government was that strike action was never discussed, a fatal weakness. While the government can ‘ignore’ even the biggest demonstrations, even occupation, when the economy stops and working people show they are the real power in society this is a much greater challenge to the government’s rule.

Socialist Action has campaigned for a Hong Kong-wide political strike since the start of this struggle. We were the only organisation demanding a strike on the June 9 demonstration. Now thankfully the idea of a strike is gaining in popularity.

But strikes cannot rely just on spontaneity, they need to be organised. The spontaneous discussions about strikes happening now is a vital start, but to be truly effective more organisation, preparation, coordination is needed.

On the one hand the leaders of the Confederation of Trade Unions (HKCTU) need to take their full responsibility and give a lead to this process. On the other hand, in big sectors of the Hong Kong economy there are no unions, or unions are traditionally weak, so there is an urgent need to immediately set up workplace committees, to call meetings and put the issue of strike action to a vote, using petitions, posters, social media to organise and get employees to join together. Striking is a not an individual but a collective action.

To take such a big step, an organised lead is needed. We call upon organisations like the Civic Rights Front and unions like HKCTU and PTU to immediately convene a strike conference, inviting workplaces, unions, schools, and political groups to send representatives. The topic should be when and how to organise the strike. Such a conference should set the date and translate words into action. 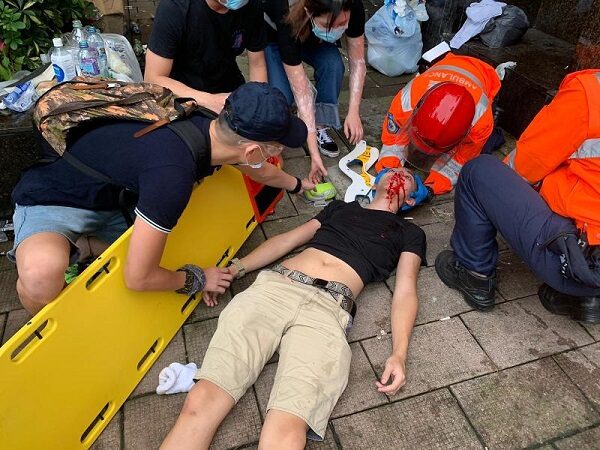