Welcome to internationalsocialist.net, the new website of International Socialist Alternative (formerly the Committee for a Workers’ International). It will provide regular, quality socialist analysis, news and perspectives on world events, as well as showcase ISA’s organisations around the globe in action.

Launching this website, we also announce our new name “International Socialist Alternative”, adopted by our 12th World Congress, held between 27 January and 1 February 2020. 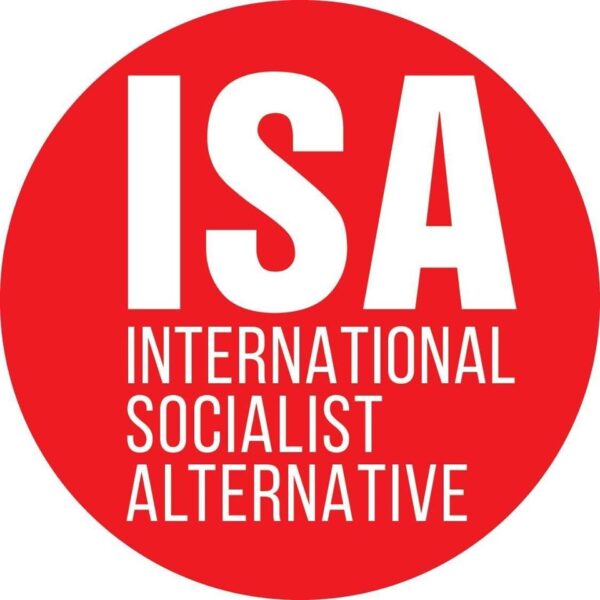 Internationally, 2019 was a year of upheavals and protest as millions struggled for a better world. They are all seeking an alternative to the mounting and multiplying catastrophes brought upon them by global capitalism. We are confident the alternative to the failings of capitalism is socialism.

Millions of young people have marched for climate justice. France saw the longest transport strike since 1968, the year of revolution, to defend pensions. Across Latin America, general strikes and mass mobilizations forced governments to retreat from planned cuts and austerity. The heroic struggle of the Hong Kong youth and workers is shaking the dictatorship of Xi Jinping in China. In North Africa and the Middle East workers brought down dictators in the space of a few months. Women continue to struggle both against gender oppression and violence and at the fore of many wider struggles.

The revolts of the masses have been met with brutal repression in Bolivia, Iran, Hong Kong, Chile and elsewhere when dictatorships, ruling classes and elites act to stay in power and defend the capitalist system. However, a feature of recent struggles is their determination and persistence, continuing for months or longer, as well as their heroism in the face of brutality.

2019 also saw a minority depart from the Committee for a Workers’ International, in the midst of an intense debate. Politically, this was a conservative tendency that a for a time had ignored recent “new” mass struggles and the importance of crucial issues for Marxists such as climate and environmental struggle, women’s and feminist movements, and anti-racism. While claiming to stand for a focus on workers’ struggles and the trade union movement they, in reality, became increasingly out of touch with them as well.

In contrast, the majority of members and sections in the CWI have successfully intervened in the aforementioned struggles and movements with a fighting internationalist socialist program. In just one example,  in the global climate strikes between 20 – 27 September, our coordinated campaign in 25 countries reached  tens of thousands of young people and workers.

This majority of the CWI has now changed its name to International Socialist Alternative, with sections and members in more than 30 countries. ISA a revolutionary marxist international, organising and preparing for the many battles ahead. Already in 2019, we made historic gains.

In Seattle, Socialist Alternative took on the richest man in the world, Jeff Bezos, and won. Our council member, Kshama Sawant,  played a crucial role in winning a $15 an hour minimum wage in the first major city in North America. $15 has now spread across the continent . In the city election in November 2019, corporations spent $4.5 million trying to defeat Sawant; they were defeated. A massive grass roots campaign of talking to people on the streets and from door to door won. The election was won on Sawant’s record in fighting with working people and renters to win victories.

Sawant’s victory is part of the growing wave of socialist support in the US. Young people have a more positive view of socialism than capitalism. In Britain, they voted overwhelmingly for Corbyn and his anti-austerity policies. The growing support for Sanders with his statement “there should be no billionaires” strikes fear in the hearts of the rich.

The working class has struggled time and again to change the world. They have won many reforms but still the capitalist class rule the planet. There have been many revolutionary struggles, but all but one – the Russian revolution – have been defeated or resulted in  only partial victories. What has been lacking is a revolutionary party, similar to Bolsheviks in Russia, which must be internationalist in its approach,  politics and organisational form.

The Russian Revolution in 1917 was a blaze of hope across the world, winning equal rights for women, LGBTQ people and oppressed nationalities. It won full democratic rights, workers’ control, a shorter working week, public health, housing and education. Tragically it was isolated with the defeats of the revolutions in Europe, which led to the Stalinist dictatorship.

We aim to build a new world revolutionary force that will help the working class to overthrow capitalism. A revolution in today’s world, with modern technology and communications, and an educated working class will prevent Stalinism, learning from the lessons of the past.  An international planned economy with full democratic control will pave the way for full human rights and equality, meeting the needs of all while caring for the planet

While we are aware that a minority of former members, which recently departed our ranks, illegitimately claims the name CWI, it should be stressed that the organisation previously known as the CWI has now changed its name to International Socialist Alternative, at a World Congress organised in full compliance with the organisation’s statutes.

Around the world, we have been in many struggles for better pay, against racism, in defence of democratic rights, and to resist austerity. We are proud of our historic record of struggle – defeating Thatcher in Britain in the battle of the Poll Tax, the 40,000 strong YRE anti-racist march in Belgium in 1992, our crucial role in the abortion victory in Ireland in 2018.

We are both a new and a maturing international organization. The past we inherit, the future we build. Our new name reflects our determination to boldly campaign among young people, women and workers for a socialist future that will ensure a planet where human dignity will thrive.