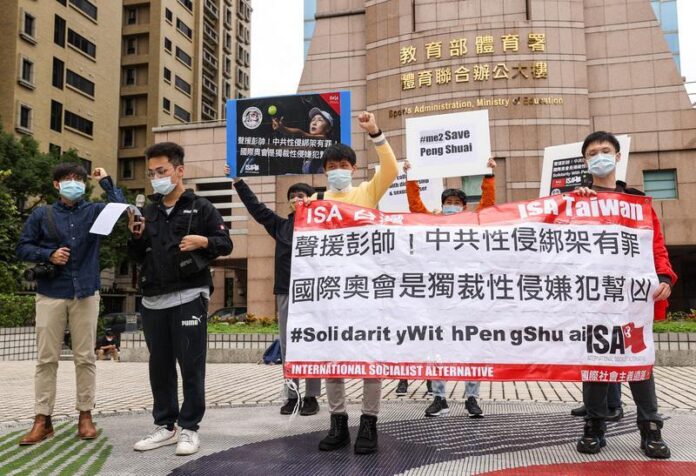 #CCP is guilty of sexual assault and kidnapping!

#IOC is an accomplice to dictatorship and sexual violence!

China’s top tennis star Peng Shuai “disappeared” on 2 November after revealing online that she was sexually assaulted by former Chinese Vice Premier Zhang Gaoli, clearly the Chinese Communist Party (CCP) had her kidnapped in order to silence her. As Beijing Winter Olympics draw near, the incident has shocked the world, and the crisis has been further exacerbated by the CCP’s clumsy and crude response. The courage of Peng to come forward and accuse a top CCP official of sexual assault is commendable, and International Socialist Alternative (ISA) is here to express our solidarity.

In order to create the illusion that Peng was free and safe, the Communist Party broadcast a video of Peng in a restaurant, but the poor quality of the video has led to widespread questions about its credibility. Up till now, the CCP has made no mention of the allegations of sexual assault and has censored information on the internet, even deleting posts about tennis games.

The International Olympic Committee (IOC) issued a statement last weekend after the release of a video of its president speaking to Peng, saying that she was safe at her home in Beijing, which was also clearly a self-directed show by the CCP and the IOC. The IOC, in an attempt to suppress public outrage over Peng’s case, cooperated fully with the scripted performance by the CCP. The IOC is a corrupt, sexist, pro-dictatorship organization, a parasite in the sporting world, and should be disbanded.

The CCP has a history of harboring sexual assault perpetrators, from the case of former CCTV host Zhu Jun to the rape of a female employee by an Alibaba top manager, its attempts to prevent fair investigations and trials have long built up public anger. In the face of the rise of the feminist movement, the dictatorship has only intensified its repression, persecuting feminists and suppressing feminist organizations. It has also attacked the right to divorce of women, restricted the right to abortion, and delayed the pension age for women workers, in an attempt to consolidate the dictatorship with patriarchalism. But all this has backfired and caused even greater public discontent.

The rise of the global feminist movement in recent years has changed public consciousness and public opinion, creating enormous pressure from the bottom up, leading the International Tennis Association (WTA) to state that it does not trust the lies of the CCP and that it is prepared to withdraw from the Chinese market. We are calling on the people of Taiwan, women’s rights activists, and athletes alike to support Peng.

However at the same time, we do not trust the US Biden administration. They are hypocritically concerned about the event, but the so-called “diplomatic boycott” of the Winter Olympics being considered by the members of the Five Eyes, i.e. the continued presence of athletes and the absence of officials, is like doing nothing at all. American imperialism is only using the “human rights” issue to attack China for their own geopolitical interests, but it cannot abandon the huge commercial interests of the Winter Olympics. We must rely on bottom-up pressure from the masses to challenge the CCP dictatorship, instead of relying on Western governments.

On 25 November, the International Day Against Sexual Violence, ISA launched a global campaign for women’s rights. We stand in solidarity with Peng and demand an end to her persecution. Reporting sexual assaults is not a crime, the CCP is guilty of sexual assault and abduction. Oppose CCP Internet Censorship! We demand an independent investigation into the sexual assault allegations against Zhang Gaoli, and as the Chinese courts are completely controlled by CCP, only by bringing down the dictatorship can there be a fair and independent investigation into the case. We demand that the IOC be disbanded and that athletes and the public be given democratic control of sporting events. 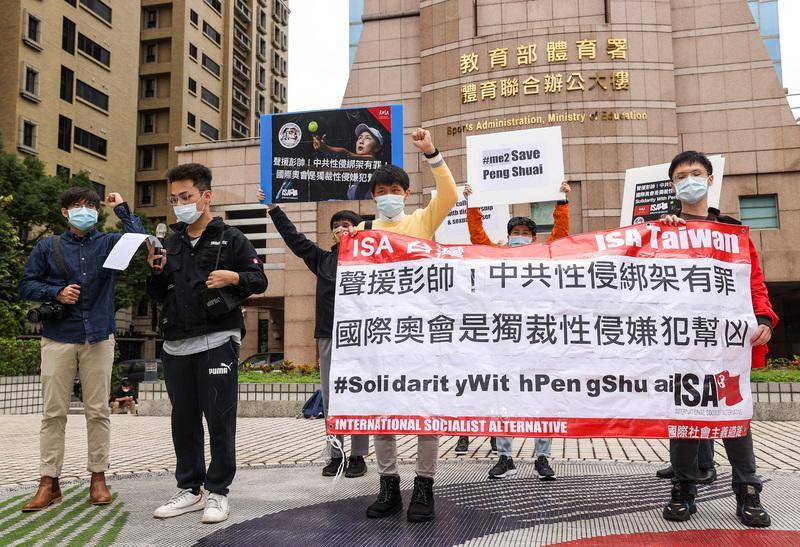 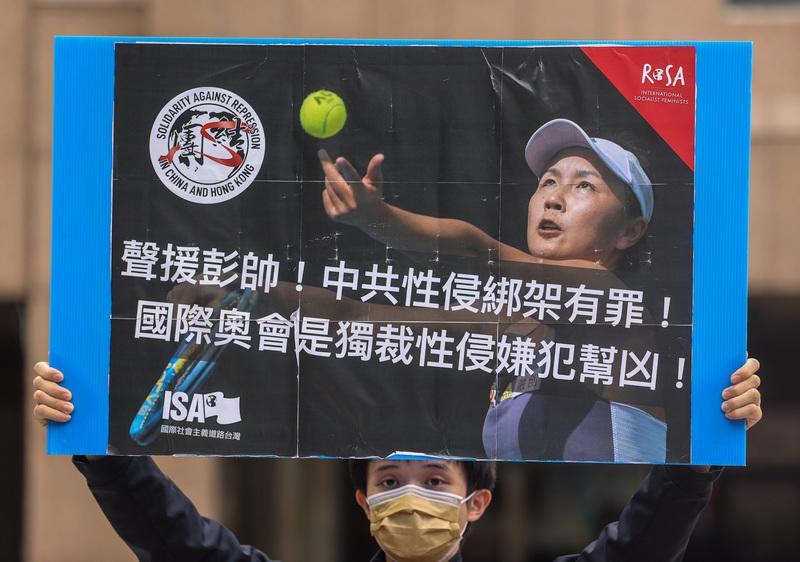 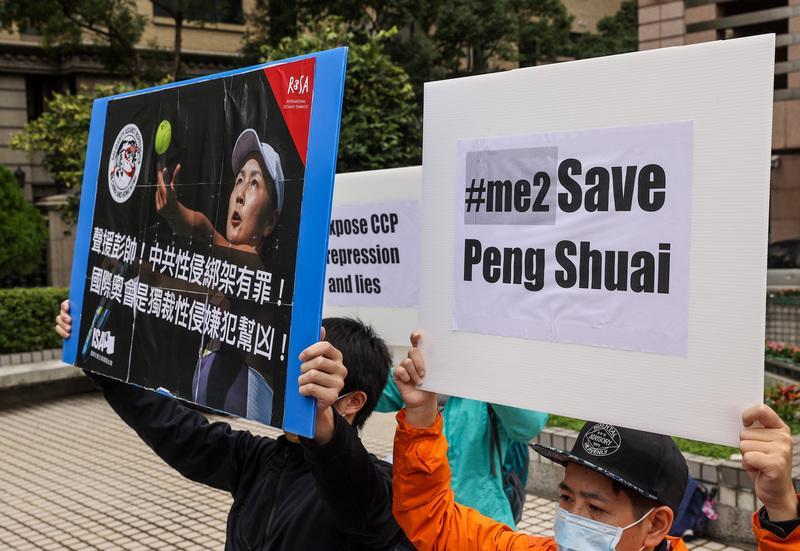 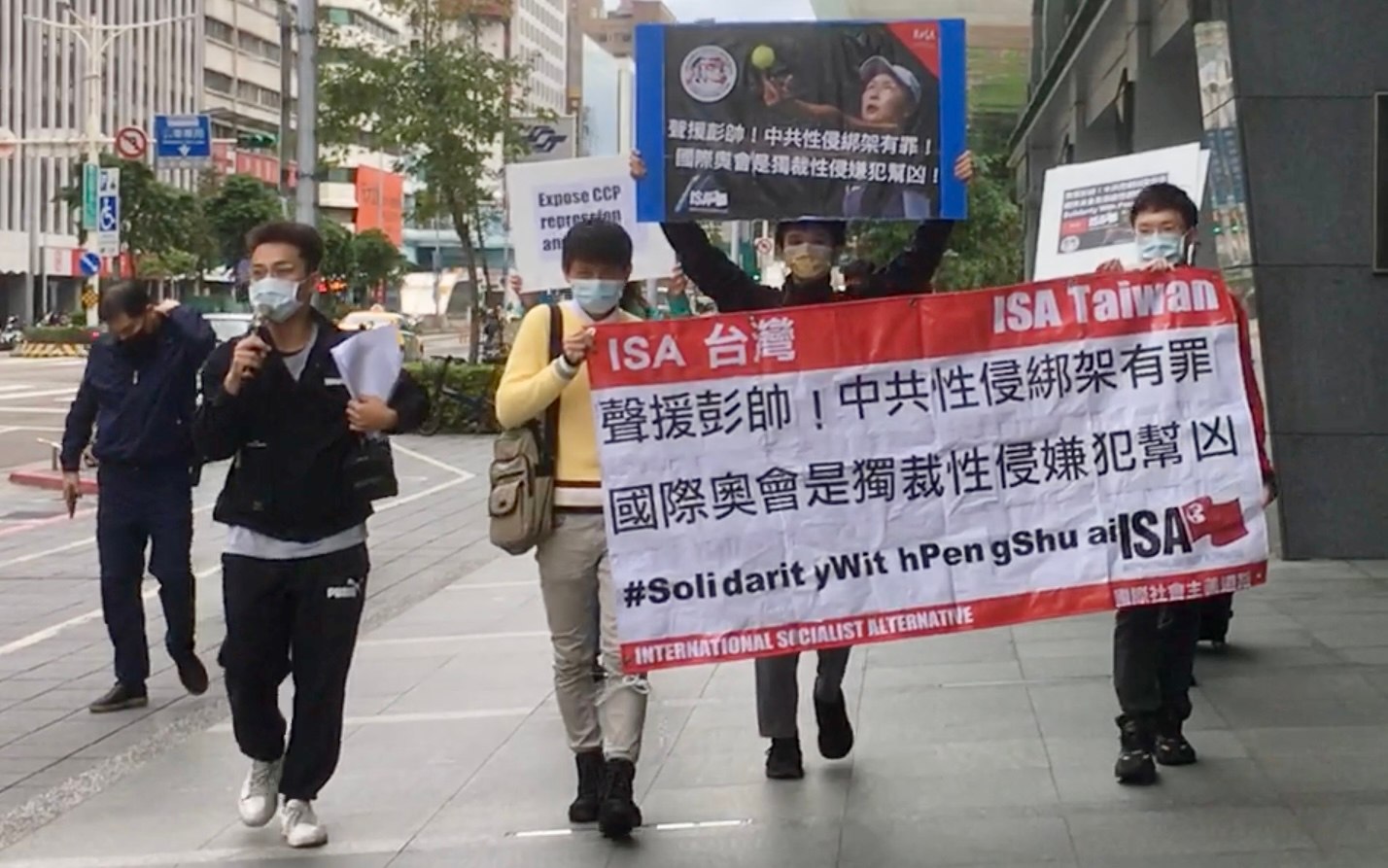 CNA news reported our Peng Shuai protest on 28th Nov outside the IOC Office in Taipei.