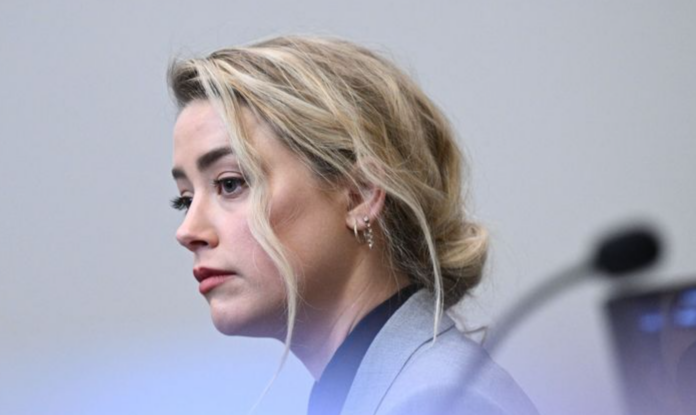 From #MeToo, to Ni Una Menos, to the mass outpouring of grief and anger at femicides from Sarah Everard to Sabine Nessa to Ashling Murphy — the desire to end gender-based violence (GBV), have all been really important features of recent years. We have seen the beginnings of collective movements of solidarity against GBV, including workers of all genders taking strike action to demand change, and a discussion on how systemic and rooted GBV is in the capitalist system.

Part of building a movement against GBV has to be critically examining so much of the ways in which the system is stacked against survivors. It also has to look at how often misogynistic or racist tropes are perpetuated by the media, politicians and the courts in a way that not only is damaging to every survivor, but perpetuates a culture in which GBV can thrive. It is in this light that the Johnny Depp / Amber Heard trial and media coverage should be examined.

Watching the Depp / Heard trial play out in court, and the online reaction, will have a troubling impact on all victims of intimate partner violence, of all genders. This is a trial about domestic violence, and it is being used as entertainment, to make jokes and memes and videos.

Whether you believe Heard or Depp, you believe one of them is a victim of abuse and that isn’t something to laugh about. This case has also highlighted that a lot of people who claim to care about male victims of abuse do not. They are using this case in an attempt to ‘prove’ that feminism is ‘toxic’ and to discredit female victims of abuse, rather than showing support for male victims, sharing resources on how to spot signs of abuse, encouraging people to donate to shelters or sharing domestic violence helplines.

The way the internet has been weaponised against Amber Heard by a multi-millionaire and his team is a huge threat to victims / survivors of abuse everywhere. It shows how deeply entrenched misogyny is in capitalist society and culture — one caring more about the anomalies, the extremely rare cases where a woman is lying, than they do about the systemic nature of gendered violence, which affects one in three women, and kills women everyday. Contrast the treatment of Amber Heard to the majority of male celebrities either accused or proven guilty, who are still working in Hollywood, and winning awards.

With millions of dollars at its disposal, the Depp team is weaponising social media by spreading lies and flooding feeds with anti-Amber hashtags. It was found that thousands of accounts doing this weren’t just disgruntled fans, but a targeted online operation and smear campaign against Heard.

In 2020, a court judged that Heard was a victim of domestic abuse, finding that 12 of the 14 allegations she brought forward were “proven to a civil standard.” Heard then said in an article, without naming the perpetrator, that she was a victim of domestic abuse, which she is entitled to do, especially after proving it in court. Johnny Depp is now suing her for $50 million over that article.

Abusers often tend to appear charming by nature. Victims / survivors of abuse have to work so much harder to be believed, especially if they’re deemed ‘unlikable.’ People are saying that Heard isn’t acting like a “proper victim” but nobody is scrutinising Depp’s behaviour in the same way. Whoever you choose to believe you cannot deny this double standard.

Depp has been joking, smirking, drawing pictures and eating sweets in court, and high-fiving his team. All while he’s in court trying to prove he didn’t abuse Heard. She is getting demonised for not crying and then demonised for crying.

Rumours are being circulated around the internet about Heard which have been proven to be lies. Rumours about her make-up kit, taking lines from movies, history of abuse with ex-wife, and now apparently doing drugs on the stand in front of everyone.

The story of Heard being abusive to her ex-wife ran rampant on the internet, and it was countered by saying all of Depp’s exes said he was lovely. The truth is Heard’s ex-wife said there was no abuse, has stood by her during the trial and said, “It’s disheartening that Amber’s integrity and story are being questioned yet again. Amber is a brilliant, honest and beautiful woman, and I have the utmost respect for her. We shared five wonderful years together and remain close to this day.”

In actual fact, a few of Depp’s exes have said he was abusive. His ex-girlfriend Ellen Barkin said when she dated him he was controlling, jealous, angry and demanding. When asked if she was shocked when Johnny Depp threw a wine bottle at her, she replied, “I was not shocked. There is always an air of violence around him.”

Another of Depp’s exes, Jennifer Grey, said he was paranoid about what she had been up to while he was gone and that he’d be regularly getting into fights. When Depp dated Kate Moss, he smashed up a hotel room in front of her. Damaging property is violence, and smashing up a room that your partner is in is abusive behaviour. He did this while married to Heard as well, smashing the bathroom because another woman touched her, writing ‘Easy Amber’ on their mirror, and being jealous of her co-stars. He even attempted to burn one of her ex-partner’s paintings in a jealous rage.

Depp calls his anger ‘the monster’ inside him. Most abuse is about a need for power and control. Abuse isn’t just physical. Domestic violence is a pattern of intentionally controlling behaviours. One of them has documented behaviour of this spanning decades, and that’s Johnny Depp. But we’re hearing more about the rumours around Heard than the facts around Depp.

All too often, men raised by abusers are often romanticised, portrayed as broken and in need of love and care, while women have ‘daddy issues’, are ‘damaged goods’ and ‘crazy’. That way men’s anger and substance abuse is ‘understandable’ and used to defend him. While women’s PTSD or ‘mental disorder’ are often used to attack and discredit her. Which leads to one of the most insidious and disgusting cards that has always been used to discredit female abuse survivors: psychiatric diagnoses.

Depp and the ‘monster inside him’ hasn’t been diagnosed with anything, but Heard was diagnosed with multiple disorders by a doctor who Depp wined and dined, and who is on Depp’s payroll. Historically, psychiatry has been used to convince the court, and the world, that abused women are crazy. It’s been used to label them, discredit them, and shame them. These aren’t objective diagnoses, they’re political, tactical and deliberate.

Depp is portrayed as likable despite saying he wanted to burn and drown Heard, and “f*ck her corpse”. There have been text messages shown in which he calls women, not just Heard, “b*tch” “fat wh*re”, “filthy wh*re”, “c*um guzzler”, “ugly c*nt”, as well as homophobic and transphobic texts about Heard’s friends, and has often used the N-slur. He also said he intends to “humiliate” Heard and that “She will hit the wall hard. I only hope karma kicks in and takes the gift of breath from her.” Just imagine if Heard had said all that.

Depp is also best friends with Marilyn Manson, who is accused by several women of assault, and in a press conference Depp defended child sexual abuser, Roman Polanski.

Depp is also smiling while Heard talks about some of the worst things a person can experience. This should unsettle everyone because even if she is lying, it isn’t funny because so many have experienced what she is describing.

The impact on all victims

The fact that he is taking Heard to court yet again is absolutely not proof of his innocence, as courts are often used as a tool for abusers to continue their abuse. Defamation laws have increasingly been used in the past few years as a response to #MeToo stories. Abusers, especially those with money and power, can retaliate against victims and attempt to use the court system to shift the narrative. Depp said he wanted to humiliate her, and that is exactly what is happening. It should be noted that it is Depp dragging them through multiple courts, not Heard.

Depp has been in the industry since before Heard was born. He has had millions of adoring fans for decades. Survivors of domestic violence can’t even say they support or believe Heard without experiencing the wrath of some of these die-hard fans. In part this is clearly misogynistic, but also it is because Heard is threatening the mythology built up around an actor.

Not believing survivors because a favourite celebrity is the accused sends a loud message to all victims of domestic violence; if their abuser is well liked, which they so often are, then you won’t be believed. No matter what ‘side’ you’re on, you can’t deny all this. And this is a threat to all victims of domestic abuse, no matter what the gender. Even though Heard was proven to be telling the truth once in court, if she is still branded a liar by the court of public opinion what message does that send out to victims? Victims who don’t have money, fame, photos of injuries, voice recordings, texts, a high court judgment finding her the victim and him the perpetrator. What hope do they have?

Anyone who believes Depp’s allegations and is using this case to make memes and jokes about Heard, rather than opening up the conversation about male victims of abuse is extremely worrying, and dangerous. Millions of women have experienced what Heard has described, and when you mock her, it could hurt anyone who has experienced that abuse.

Socialist feminism must be part of all working class struggles

The issue of gender-based violence and the struggle for bodily autonomy for all — including trans healthcare, abortion rights — has been a key driver of the feminist wave that began in the 2010s. From the patriarchal family structure promoted and reproduced by capitalism, to the racist and imperialist violence of capitalist states — violence, misogyny, the control of women’s bodies, and the promotion of a rigid gender binary and of macho culture are all stitched into the fabric of capitalism. The working-class movement cannot stay neutral or silent on any issue of oppression — and the retrograde impact of the vilification of Heard in the press, media and on social media must be recognised and fought against.

With working-class women placed in key sites of struggle as frontline workers; with young women and non-binary and queer youth often at the forefront of radicalisation against capitalism, as well as getting stuck into the fight to unionise in notorious workplaces like Starbucks & Amazon, it’s clear that gender-based violence will damage these struggles too, as well as the individual people who are hurt, injured and killed by it.

For socialist feminists, building a movement to end gender-based violence has to be inextricably linked to the broader necessity for a movement that unites the whole working class and oppressed for socialist change — the public ownership and democratic planning of wealth and resources in the interests of people and the planet — not profit. By eliminating the class divide at the heart of the profit system, a socialist alternative to capitalism would provide the basis to build a society free from all oppression. The struggle for this type of change cannot happen without ensuring all forms of oppression are relentlessly fought at every turn.