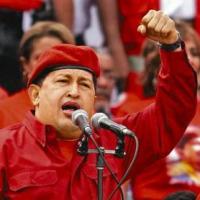 In an era when the gap between establishment politicians, who defend big business and the super-rich, and the masses seems to widen inexorably Chavez stood out. In fact in the age of austerity the measures he took to alleviate poverty stood out like a beacon.

The workers and youth in Venezuela will be joined by many around the globe who have been inspired to support Hugo Chavez’s regime as offering an alternative to imperialism, neoliberalism and capitalism.

Meanwhile the most pernicious right-wing capitalist commentators have wasted neither time nor ink in their outpourings of hatred of his regime.

The mourning of his passing and anger at these attacks must be channelled into a new stage of working class struggle for socialism in Venezuela and internationally. 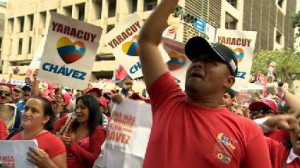 Since his death numerous articles have denounced Chavez, and his regime, as an “autocrat”, a “dictator”, a “caudillo”. Some have tried to depict his death as the end of another failed socialist regime.

The torrent of bile from these commentators was first readied in the hope he’d be defeated in the Venezuelan presidential elections in October 2012, but had to be shelved at the time. Against the expectations of the international capitalist media and its politicians Chavez romped home for a third term with 55% of the vote, on a turnout of 80%, a result any incumbent capitalist politician in Europe can only dream of.

These self-same commentators deafened us with their silence during the attempted coup in 2002 – backed by US imperialism. When these alleged champions of democracy attack Chavez they brush to one side the fact that Chavez has faced 17 elections and referendums since 1998 and won 16 of them.

They, and the capitalist politicians behind them, cannot abide the fact that a leader who spoke of “socialism” and the “socialist revolution” and who came into conflict with US imperialism and the capitalist class could win such popular support. They also fear the potential revolutionary movement of the masses which Chavez rested upon. 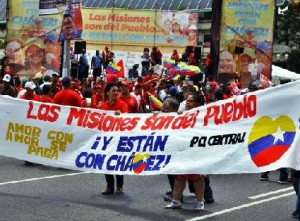 Chavez himself did not emerge as a political leader with a rounded out ideology or programme. He has empirically embraced different ideas – swept along by events as they have unfolded.

Chavez was swept to power in 1998 with overwhelming support. Initially he only spoke of a “Bolivarian revolution” and reform of the old corrupt system. Chavez, like thousands in Venezuela, including junior army officers of which he was one, was radicalised by the “Caracazo” which rocked Venezuela in 1989.

Carlos Perez had won an election opposing the neoliberalism of the IMF. However, he undertook a sharp U-turn and introduced a “shock therapy” of neoliberalism. It triggered a mass uprising of the urban poor. The army was deployed and an estimated 3,000 were slaughtered. Chavez’s right-wing opponents have little to say on these events. He was however radicalised and affected by these horrors.

He led a left populist military revolt in 1992 against the murderous Perez government. As the coup was defeated he proclaimed the “revolution is ended. For now”. “Por ahora” was to become ingrained in the minds of the masses.

Released from prison two years later, he built support and stormed to power in the 1998 election as the mass of the population demanded an end to neoliberalism and demanded change.

The limited but popular reforms his government introduced, paid for with the country’s oil wealth, were enough to enrage the ruling elite which attempted a coup in 2002 followed by a lockout. After 48 hours the coup collapsed and Chavez was brought back to Caracas and to power. During the coup the masses poured onto the streets to oppose the new right-wing regime and a revolt by the ranks of the army and its junior officers.
Right-wing coup in 2002

At this moment the situation erupted as the right-wing coup led by Pedro Carmona collapsed, making a decisive blow against the ruling class and capitalism. The working class and poor had the opportunity to take over the running of society. Unfortunately, at this moment Chavez opted to call for “national unity” and an agreement with sections of the capitalist class.

The lockout was broken after a 12-month struggle. On each occasion Chavez was saved by the mass movement from below.

These events enormously radicalised Chavez who by 2005 had begun to speak about the “socialist revolution”. It was in this period that he also made reference to the ideas of one of the leaders of the Russian Revolution, Leon Trotsky, as well as to Karl Marx and called for the formation of a Fifth International.

This enraged both the Venezuelan ruling class and US imperialism. Nationalisations and partial nationalisations of significant companies were carried through. The introduction of a basic but free health service and widespread education and literacy programmes enormously enhanced the popularity of the government. Significantly, in the 2006 election – following this turn to the left – Chavez won his largest electoral victory, taking over 62% of the vote!

This development has had an enormously positive effect in putting the issue of socialism back onto the agenda in Venezuela and to an extent in Latin America and internationally. The idea of the “revolution” and even “socialism” and radical reform is overwhelmingly dominant in the consciousness of a majority of Venezuelans. This is Chavez’s positive legacy. There is a clear rejection of any idea of returning to the ‘ancien régime’. 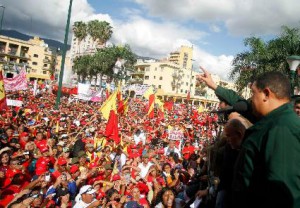 Blows to capitalism, but no decisive break

However, despite the radical phraseology, in response to the global economic crisis which began in in 2007, Chavez, and the Bolivarian government, rather than drive forward with a programme to break with capitalism, moved in the opposite direction.

Blows were struck but without defeating it the capitalist class remained in control. From within the Bolivarian a new force has also emerged – the ‘boli-bourgeoisie’, a powerful layer in society which has grown rich on the backs of the Chavez movement.

This, combined with the emergence of a powerful bureaucracy, and deteriorating economic situation, has meant that despite the popular reforms, which the CWI supports, massive social problems of poverty, unemployment, corruption violence and crime remain. These continue and arise from the failure to abolish capitalism.

Combined with a top down administrative approach from the bureaucracy and the lack of a democratic workers’ control and management in the revolutionary process, while Chavez has enjoyed massive support, it has also resulted in widespread discontent and frustration. Recent strikes by teachers and metal workers have been repressed by the state, all measures which have given a weapon to the right to beat the regime.
Transform socialist aspirations into a reality

If right-wing candidate Henrique Capriles and the right in Venezuela hope that Chavez’s death will mean an easy ride for them back to power then they are mistaken. Despite the discontent the idea of supporting the revolutionary process, of the idea of socialism and defence of the reforms is deeply ingrained in Venezuelan society.

In the short term it is most likely to mean a victory for Nicolas Maduro, the vice-president, named by Chavez as his successor, in the elections. A rallying of Chavez’s supporters and the mass of the poor to defeat the right is already developing. Capriles and the right are, like Maduro, appealing for calm, peace and unity. The right feel their weakness and are being careful not to provoke a backlash from the masses.

While the pernicious right-wing commentators have used Chavez’s death to beat their hypocritical anti-socialist drum, other sections of capitalism and imperialism have been more cautious. US president Barack Obama’s cautious statement, along with British Foreign Secretary William Hague, is aimed at opening a new era of cooperation with a future Maduro-led government. They have concluded the right-wing are unlikely electoral victors and therefore have left the door open for attempts to collaborate with a new “Chavista” government. 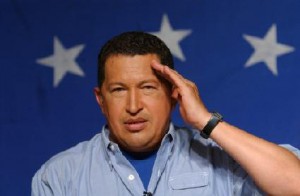 Such prospects underline the urgent necessity of the working class and the poor to rally to defeat the right but then to take the revolutionary process into its own hands with its own independent organisation and programme to transform the “socialist aspirations” raised by Chavez into a reality. The death of Chavez marks not the end of the struggle. A new chapter will now begin.