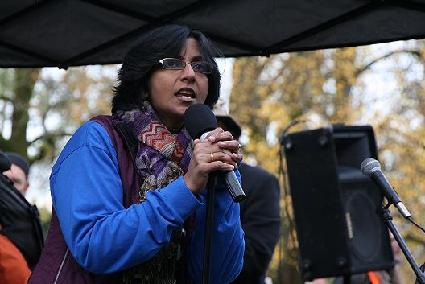 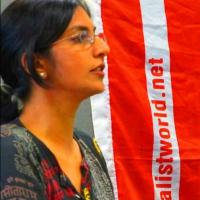 Seattle voters sent a clear message to an out-of-touch political establishment yesterday that they are fed up with business as usual, and are looking for an alternative to corporate-pandering politicians like Richard Conlin. Kshama Sawant, who was recently written off by The Seattle Times as “too hard left for Seattle,” won a stunning 33% of the vote, a number that will likely rise as late ballots are counted.

A majority of primary voters voted against 16-year Seattle City Council incumbent, Democrat Richard Conlin, who despite a massive fund-raising advantage and name recognition, received only 49%. Sawant and a second challenger to Conlin, Brian Carver, won the majority of the vote in the City Council Position 2 race.

“Working people in Seattle have a clear political choice for a change. If you want to fight for an alternative to the status quo, join us in the struggle for a citywide $15/hour minimum wage, a major expansion of public transit by taxing Seattle’s millionaires, increased investment in affordable housing, and implementing rent control,” said Sawant.

Sawant has earned the endorsements of The Stranger newspaper, four labor unions, and prominent community activists such as Real Change founder Tim Harris.

Unlike Conlin, Sawant refuses to accept corporate donations. Her grassroots campaign has raised $25,000, predominantly in the form of small donations of $25 or less, and has mobilized over 125 volunteers. “We will make history by raising a grassroots army of over 300 volunteers, and run one of the biggest door knocking campaigns this city has seen to defeat Richard Conlin,” Sawant declared.

“Conlin has made clear where he stands, with corporations and the elite. By not representing the majority of struggling working people in this city, he has made himself obsolete.”

4) Endorse our candidate at www.VoteSawant.org/endorsements