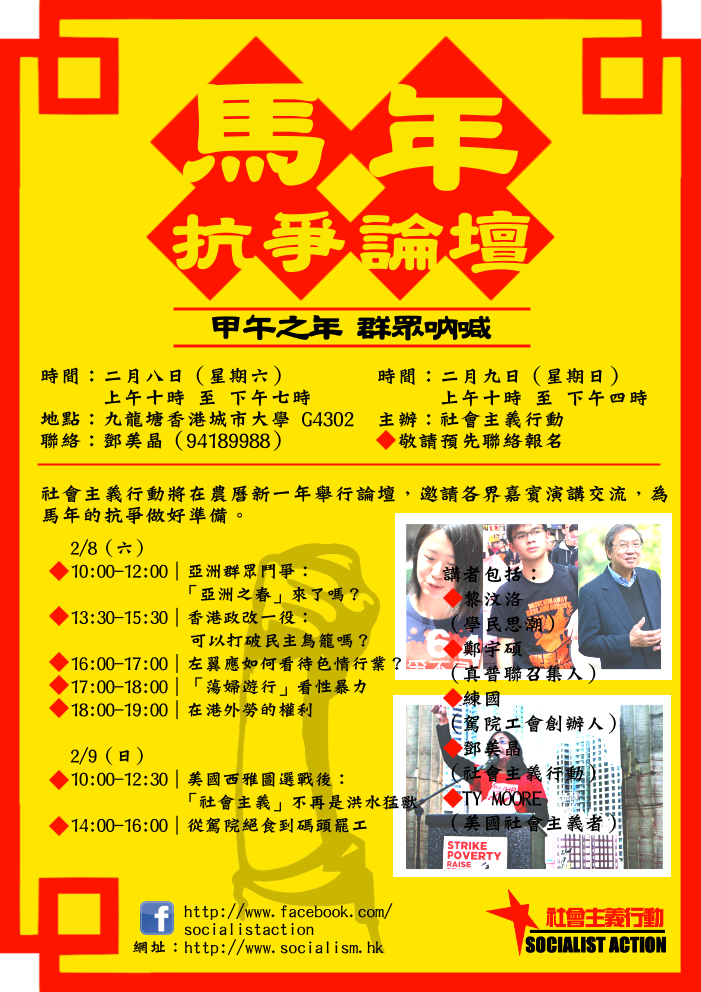 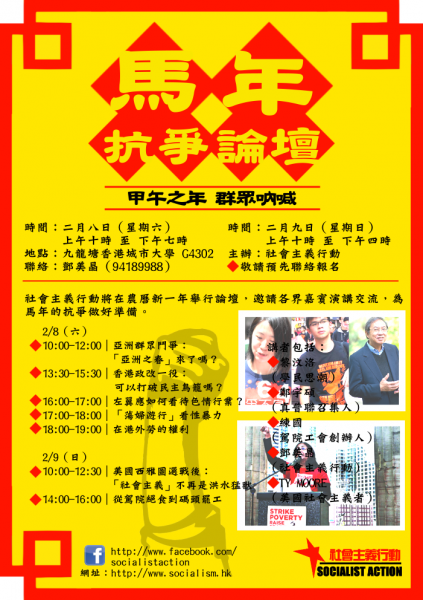 <Forum of Struggle 2014>
Mass revolt in the year of Horse

Forum of Struggle 2014 is an important event for all those fighting for a different world. We are living in a time of mass anti-government struggle and millions on the streets from Cambodia to Turkey. Early in the Year of the Horse, a weekend of left-wing debate and discussion is being hosted by Socialist Action in Hong Kong with invited speakers from a range of organisations. This forum will discuss the way forward for women’s struggle, for workers after last year’s 44-day Hong Kong dockworkers’ strike, and for the crucial upcoming months of the democracy struggle in HK. International speakers from Ireland, USA and England will also take part in person and via live skype link-up, discussing the building of a socialist movement to fight capitalism.