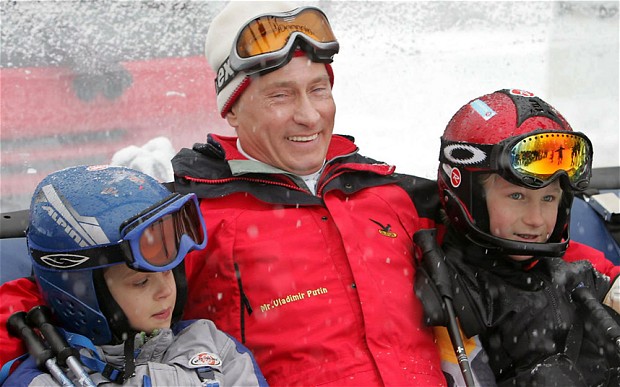 When the International Olympic Committee awarded the 2014 winter Olympics to the Russian Black Sea resort of Sochi, eyebrows were raised at the cost of $12 billion. Now it has been revealed that $50 billion has been spent, more than the cost of all previous winter games taken together. A 30-mile road-rail link from Sochi up to the ski-slopes has been built that is so expensive that one Russian magazine said it would have been cheaper to surface the road with caviar than asphalt!

Mushrooming corruption has plagued the project. The contract for the biathlon facilities was awarded to the company “Rosengineering”, owned by Premier Medvedev’s ski constructor, which also has one of President Putin’s judo sparring partners on the board of directors. This is one of many examples. Although Russia promised that 40% of investment would come from private funds, big business has stumped up less than $1.5 billion. 96% of the costs have come from state resources. But private business still reaps the rewards.

The Monarch Construction Company part-owned by the son of vice-president of the state Olympic company is investing just 14% of the $145 million cost of the main IOC office in Sochi, but has been promised ownership of the building after the games. The games are intended mainly for Russia’s new elite. Tickets to the opening night cost between £350 and £900 – 50% of Russians earn less than £350 a month.

The Russian government, contradicting the ‘Olympic spirit’, is offering each Russian gold medallist in Sochi $122,500. The people who pay for this are, of course, ordinary Russians and in particular those who worked on the Olympic sites and local residents. Most construction work has been done by cheap “migrant” labour. The word “migrant” in Russia applies to those travelling from other regions within the country.

Workers’ rights have been widely ignored during the construction. Wages have often not been paid or payment severely delayed, long overtime and holidays have been worked with no extra pay. At least 25 workers have been killed in industrial accidents during the site construction. These are not isolated incidents but have arisen because the government passed a law removing all responsibilities on employers to pay minimum wage rates and ensure health and safety on Olympic sites.

The environment has been badly damaged. In addition Sochi, with a sub-tropical climate, is about the only part of Russia that does not have a guaranteed snowfall. Not that a little detail like this will block big business. Millions of cubic metres of last year’s snowfall have been stored, ready for use in the games. Thousands of artificial snow machines supplied by water from two new reservoirs will supplement the natural snowfall, if there is one. 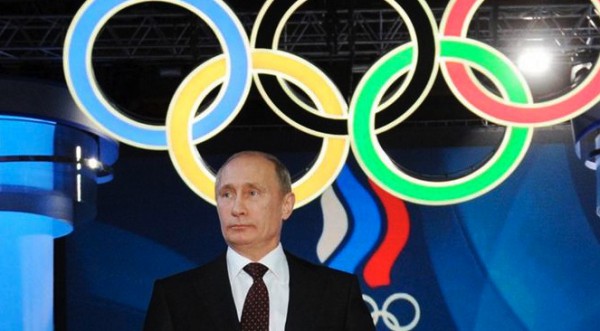 Residents of the city are increasingly unhappy that resources can be found to make snow, while sewerage and electric light for ordinary residents are not seen as priorities. The regime is petrified a terrorist act will take place. The North Caucasus is an ethnic and social cauldron. Unemployment in neighbouring areas can reach 50% while wages are less than €100 a month.

There are, on average, six to eight terrorist acts a month in the region, the latest being two deadly suicide bombings leaving 34 dead in Volgograd in December. Sochi has been turned into a military camp. 100,000 police, troops, FSB agents and Cossacks have been mobilised to protect the city. Russian warships and two US warships are patrolling Sochi’s Black Sea coast.

Huge attention internationally is being addressed to how Putin is shoring up his authoritarian regime by resting on backward prejudices and attitudes. A new repressive law has been passed supposedly banning pro-LGBT propaganda to minors, but in reality introducing severe restrictions on LGBT rights. This has led to calls for campaigns in defence of LGBT rights during the Sochi games itself, including calls for a boycott.

The need for a campaign is clear as leading Russian figures including Putin continue to make homophobic comments, often equating LGBT rights with the misuse of children. But while calls to boycott the Sochi Olympics are well meaning, the LGBT community in Russia can only be defended through an active and widespread campaign of propaganda and protests explaining why these attacks are taking place, and placing them in the context of the massive corruption and attacks on workers’ rights and environment that have been a central feature of the Sochi Olympics.