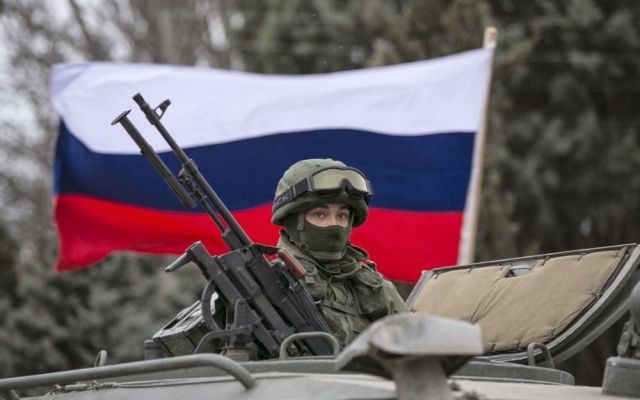 Crimea’s 16 March referendum saw an overwhelming majority vote in favour of joining Russia. According to the claimed official result, 96.77% voted ‘for’ integration and turnout was 83.1%. Tens of thousands celebrated in Simferopol, the capital of Crimea.

On 17 March, the regional parliament declared the Republic of Crimea. President Putin and Crimea’s leaders signed an agreement on 18 March formalising the region’s absorption into Russia.

Crimea’s de facto leader, Sergei Aksyonov, stated that next week Crimea will officially introduce the ruble as a second official currency along with Ukrainian hryvna. The Crimean Parliament ruled that Ukrainian state property in the peninsula will be nationalised and Ukrainian military units on Crimean territory are to be “disbanded”.

The referendum was denounced by western leaders as “illegitimate and illegal” and they condemned Putin for stirring up ethnic divisions. Largely toothless travel bans and asset freezes against officials from Russia and Crimea were imposed by the EU and US, with other sanctions threatened. But western powers are divided on how far to punish Russia. Many EU states fear that tit-for-tat sanctions with Russia could badly damage the weak EU economy.

Despite their outrage at Russia’s intervention in Crimea, the US and European powers have a proven record of similar actions, only on a much larger and more bloody scale. Violating their own international laws, the western imperialist powers invaded and occupied Iraq and Afghanistan, overseeing ‘elections’ in both countries. Months of Nato bombings against the Serbian regime in 1999 were the prelude to a western-supported independence referendum for Kosovo.

Certainly the Crimean referendum was not held under conditions that allowed for free democratic debate and choice. Following the western-backed ousting of Ukraine’s prime mininister, Victor Yanukovich, ‘self-defence’ militias (both locally raised and those which are widely believed to be unidentified Russian troops), took control of military bases and other key strategic points in Crimea.

The parliament of majority-Russian speaking Crimea voted to leave Ukraine and to join Russia. The referendum was only then put to voters to rubber stamp the decision and only gave two options – for integration with Russia or for enhanced autonomy.

All pro-Ukraine media was shut down and weeks of state-run media blasted out pro-Russian nationalist propaganda. Crimea’s minority Tatar and Ukraine-speaking populations (40% of the population) complained of an intimidating atmosphere and most of them boycotted the referendum.

Yet is also the case that the vote for union with Russia was hugely popular among the majority of Crimeans. This is in large part due to the reactionary character of the new Kiev regime and the manner in which it came to power. 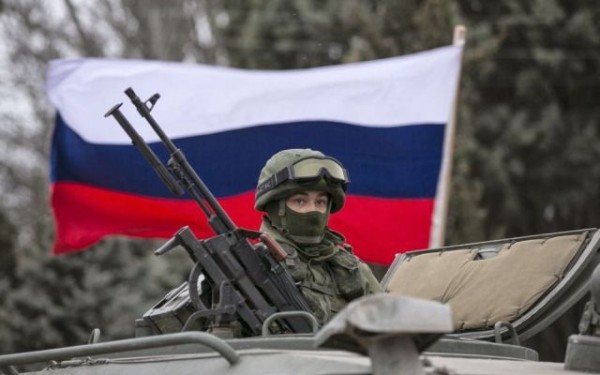 The months-long mass protests against Yanukovych were fuelled by years of economic stagnation and growing poverty, as well as deep anger at the corrupt, authoritarian regime and its oligarch backers.

The revolt, which displayed elements of a revolution, quickly revealed the lack of support for the rotten Yanukovych regime. Riot police brutality of protesters in Maidan Square provoked widespread revulsion and the regime fell apart.

However in the absence of mass workers’ organisations that pursue an independent class line, reactionary opposition politicians, including Ukrainian ultra-nationalists and the far right, dominated the protest movement. Members of the anti-Semitic Svoboda party and fascistic Right Sector acted as shock troops on the ground in central Kiev and elsewhere. They physically attacked trade unionists and left activists who attempted to join the protests.

The new Kiev regime’s anti-Russian rhetoric and the involvement of the far right, which holds key ministerial positions, provoked fear among the ethnic Russian minority, who are mainly based in Ukraine’s east and south. Among the Rada’s (Ukrainian parliament) first decisions was to downgrade the use of the Russian language and to vote to outlaw the ‘Communist’ Party.

With Crimea already one of the poorest parts of Ukraine, many Crimeans also feared that the new Kiev regime would agree financial aid deals with the EU and IMF, linked to harsh austerity measures, resulting in their living standards falling even further.

But the outcome of the referendum will not deliver peace, stability and prosperity for the people of Crimea. Living standards will not be transformed by Crimea’s integration into a weakening Russian economy.

The authoritarian Putin regime and its oligarch-backers are only intervening in Crimea, whipping up Russian nationalism in the process, to defend their ‘near abroad’ geo-strategic interests. The peninsula is the focal point of growing tensions between Russia and Kiev and its western backers – who aim to extend imperialist power and influence right up to Russia’s borders.

This has led to a dangerous build-up of military forces. Last week, Washington ordered military exercises in Poland, Lithuania and in the Black Sea. After the Crimean referendum, Ukraine’s parliament approved the partial mobilisation of 40,000 reservists. Both sides say they are not going to go to war over Ukraine but a deepening of tensions can lead to ‘localised’ conflict nevertheless.

Working people across Ukraine will pay the price for an escalation of the crisis. Several people were killed last weekend when fighting broke out between pro-Ukrainian and pro-Russian protesters and militias in the eastern cities of Donetsk and Kharkiv. If such clashes develop momentum it could lead in majority Russian ethnic areas to calls for more referendums, attempts to break away and the horrific possibility of bloody break-up of the country.

The demagogic nationalist politicians in Kiev, Simferopol and Moscow may be enjoying popular support at the moment by exploiting fears but their pro-market policies and nationalism will not improve living standards or end corruption and oppression. Already many of those who opposed Yanukovich complain bitterly about the new gang of crooks who seized power and handed out regional governorships to their oligarch friends.

As the recent revolt of workers and youth in Bosnia Herzegovina shows, new upsurges against dire economic and social conditions and corrupt politicians are inevitable but they require organised, political expression to provide a working class and socialist alternative.