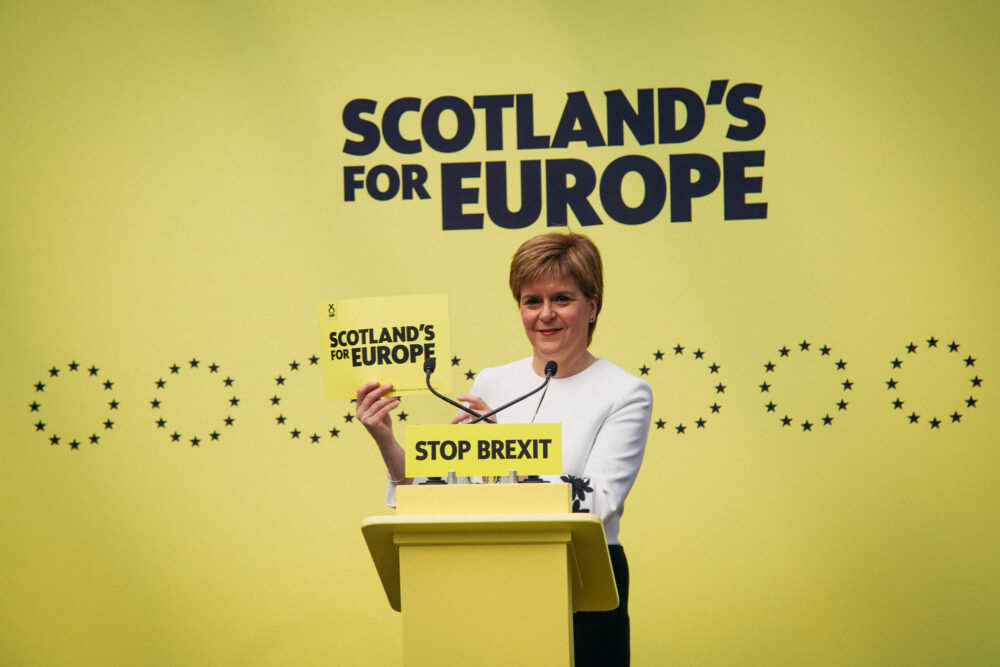 The SNP’s commanding lead in the polls however does not reflect any real ability to do what it takes to win independence in the face of Tory obduracy, or to deliver on the issues which Scottish workers look to independence to resolve.

There is growing support for independence in Scotland. A poll conducted by Savanta for the Scotsman in December was the second in recent months to have shown a massive 58% of respondents (dropping to 52% once ‘don’t knows’ are counted) wanting to break the union with Westminster. None of the 17 polls conducted since last June have backed the status-quo of rule from Westminster.

The Savanta poll also suggests that the pro-independence SNP government will win a landslide in the next Holyrood parliament elections, scheduled for May. If this is correct, the SNP could win all but one of the constituency seats.

The Westminster parties, meanwhile, appear to be competing to out-do each other in opposing the right of Scottish voters to determine their own future. Johnson and the Tories resolutely refuse to countenance a second referendum on independence. Starmer and Labour refuse to oppose this undemocratic stance and indeed the Blairite former First Minister Henry McLeish has joined the fray demanding that the Holyrood elections (already postponed for a year) be further set back in order to ‘fight Covid’. This blatantly undemocratic stance only further alienates Labour from the Scottish Voters: the Savanta poll suggests they will gain just 17% of the votes for Holyrood, 3% behind the Tories and not far ahead of the Greens on 12%.

The SNP’s commanding lead in the polls however does not reflect any real ability to do what it takes to win independence in the face of Tory obduracy, or to deliver on the issues which Scottish workers look to independence to resolve. The Savanta poll actually showed that independence is only regarded as the sixth most important issue: ‘the economy [was] top, Brexit second, followed by health issues, jobs, and education.’ On all of these questions, the SNP leader Nicola Sturgeon is woefully lacking in answers — the best she and her government can claim is that they are marginally less disastrous than the Tories. 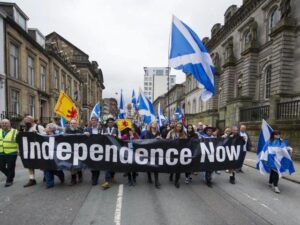 Deaths from Covid in Scottish care homes have been even worse than the rest of the UK, exposing the way that SNP (and Labour) policies of passing on Tory cuts and privatisation have ravaged the care sector. The Procurator Fiscal is currently investigating 38 deaths in 3 homes in the North East of Scotland. The first outbreak to hit the headlines was at Farm Nursing Home in Portree. One of the fatalities was the father of Skye Councillor John Gordon (Ind). Writing on social media Cllr Gordon said his family ‘support, defend, applaud and thank the staff within the home, they have been amazing,’. However, these low paid staff had been recruited through the gig-economy on minimum wages from as far afield as Kent, breaching lock-down rules, and increasing the risks to residents and staff themselves, 29 of whom tested positive for Covid. All staff and their families were forced to self-isolate for a fortnight. Meanwhile a senior director of their employer, HC-One, has taken £2.5 million out of the company in the last ten years, leading Cllr Gordon to conclude “It is time to stop capitalism within the care sector.”

But Sturgeon and the SNP have no intention of opposing capitalism in the care sector or anywhere else. Sturgeon backed the (successful) candidacy of Michael Russell as President of the SNP. Russell is the former General Secretary of the party (a post now held by Sturgeon’s husband) and in 2006 co-authored a book outlining his vision for the NHS: “We would encourage the private sector to compete with established NHS… services. We would encourage NHS management and staff to buy out existing NHS facilities and services under favourable financial terms and join the private sector. We would require NHS facilities that remained in government ownership to be run at a profit however modest. Those that failed to maintain profitability over a reasonable time frame would be privatised.”

Similarly, in the field of education, Sturgeon and her deputy (and education minister) John Swinney have been just as enthusiastic as the Tories in confronting students and education unions, forcing schools and universities to stay open rather than control the virus.

For an independent socialist Scotland!

There is no question that fear of the neo-liberal car-crash which is Johnson’s Brexit deal has increased support for independence. As has opposition to austerity — and SNP politicians are certainly fond of ‘anti-austerity’ rhetoric. But the SNP’s plan for independence envisages Scotland re-joining the EU. This would provide no basis for breaking from austerity, poverty and inequality. There can be little doubt that Scotland would only be allowed to join the EU on the basis of the convergence criteria (without any of the ‘opt outs’ negotiated by successive UK governments) and as a small nation on the fringes of the Union, Scotland could quickly find itself subjected to the similar austerity policies to those inflicted on Greece during its ‘Euro Crisis’. Nor is it at all clear that the EU, including nations like Italy and Spain, with their own regional and national tensions, would be at all happy to encourage the break-up of Britain by admitting Scotland to membership. After all, the EU institutions and governments all lined up behind the brutal suppression of the Catalan independence struggle in 2018/19 by the Spanish State.

Indeed, Catalonia provides a warning to Scottish workers and especially the youth (who overwhelmingly back independence) that the British State will not concede a democratic vote on national liberation without a mass fight — a fight which the SNP, wedded to capitalism, shows no stomach to conduct. The trade unions and community organisations most affected by the austerity policies endorsed by Tories, Labour, and the SNP must step forward and seize this historic opportunity: we need a united campaign to resist cuts but also to build the mass movement which will be needed to resist Westminster’s refusal to allow the Scottish People a vote on their own future.

This movement can only be built on the basis of the demands for: