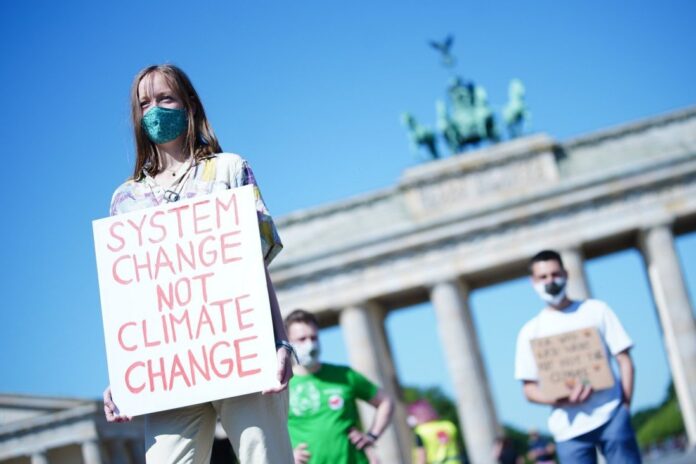 We are living through a decisive period in the fight against climate change. At current rates we are heading for 3C of global warming by the year 2100 — well above the 2C limit set by the Paris Agreement to avert a climate disaster.

This disaster is already unfolding. China, Germany and Belgium have been hit by unprecedented flooding in 2021. In the US, Canada, Turkey and Greece, severe heatwaves have taken hundreds of lives. It is clearer than ever that we need to act now. In light of this, November’s COP26 conference in Glasgow, Scotland, will pose important questions about how to seriously tackle climate change.

Since the last summit in 2019 the situation has only got worse. A growing list of big business affiliates to the COP26 highlights that any kind of “system change” is off the table for the assembled governments. The conference will not provide any serious solutions. But it will be an important opportunity to get organized and build a fight for real action. This is why International Socialist Alternative (ISA) is mobilizing for a big and loud socialist contingent in Glasgow.

This is the leaflet that ISA members will distribute in the Glasgow protests:

Capitalism is killing the planet — fight for a socialist alternative!

We are an international organisation of revolutionary socialists in over 30 countries fighting for an end to capitalism and its crises including the worsening of the climate crisis and all forms of oppression. Join our international mobilisation to protest the COP26 climate summit in November: https://linktr.ee/SocialistAlternativeForClimate