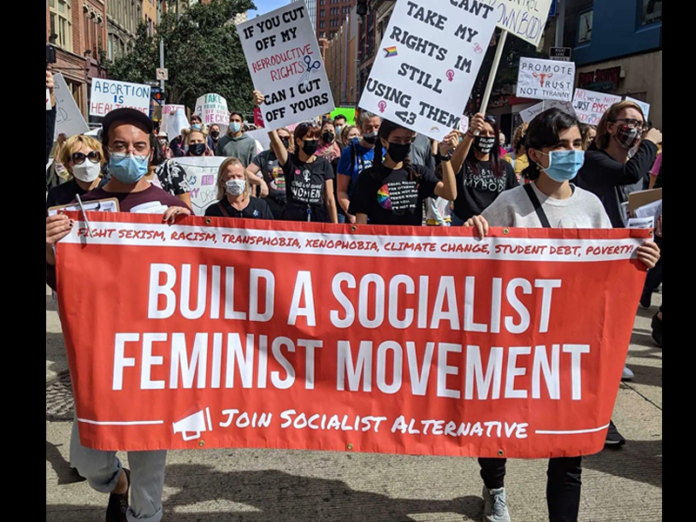 After the Texas State legislature passed a law effectively banning abortions in America’s second most populous state, feminists have not given up the struggle. Socialist Alternative has been at the forefront.

Houston students walk out against ban

With the help of the Houston branch of Socialist Alternative, students at the University of Houston walked out of class on September 30 to oppose the far-right abortion ban in Texas. Students assembled outside the library, marched across campus, and rallied at the University Center.

Socialist Alternative Houston and campus organizers tabled for three weeks building support for the walkout, having conversations, handing out flyers, and putting up posters across campus.

On September 1, abortion providers across Texas were forced to close their doors and deny pregnant people essential healthcare services. The so-called “fetal heartbeat” law is in fact a de facto ban on the vast majority of abortions. The Texas law is especially vicious because it encourages anti-abortion vigilantes to harass and sue abortion providers by offering $10,000.00 “bounties” on doctors and others.

The failure of the Supreme Court of the United States to stop the extreme, far-right, Texas anti-abortion bill shows that workers cannot rely on lawyers and the courts to defend reproductive rights. This legalistic strategy has effectively demobilized the reproductive justice movement over decades and left our fate in the hands of judges, attorneys, and courts. SB8 is the logical conclusion of five decades of misplaced reliance on the courts to protect our basic right to bodily autonomy.

A new mass workers’ movement is urgently needed to fight back against Texas’ anti abortion bill. It was a mass women’s and worker’s movement that brought about Roe v Wade in the first place and a mass movement, with socialist forces playing a leading role, will be needed to reverse this unpopular legislation and go further to win free, safe, and legal abortion on demand. We need a movement of working people, in the streets, on campuses, and in workplaces, to defend and extend reproductive rights. Socialists will have a key role to play in building a fighting wing of the movement for reproductive justice. It was a feminist movement using strikes and mass protest to win abortion rights; it will take the same type of movement to defend and extend reproductive choice, Medicare For All, and equal pay.

The UH students that walked out on Thursday can show the way forward for the rest of society, as students have done so often in movements throughout history. The walkout helped build momentum for nationwide protests in defense of abortion rights throughout the US and the world on October 2, and can be a jumping off point for grassroots movement-building in the weeks and months to come.

March against the abortion ban in Houston 2 October

Socialist Alternative was also on the March Against the Abortion Ban in Houston. Marching today is an important step in the fight for abortion rights. We need to build a movement of women and working people marching in the streets, walking out from school, and organizing in the workplace to defend abortion rights and win a feminist program! 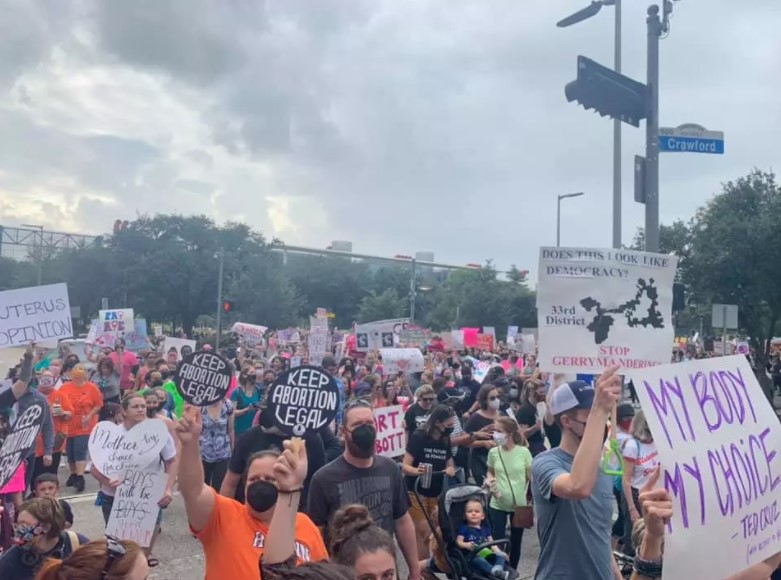 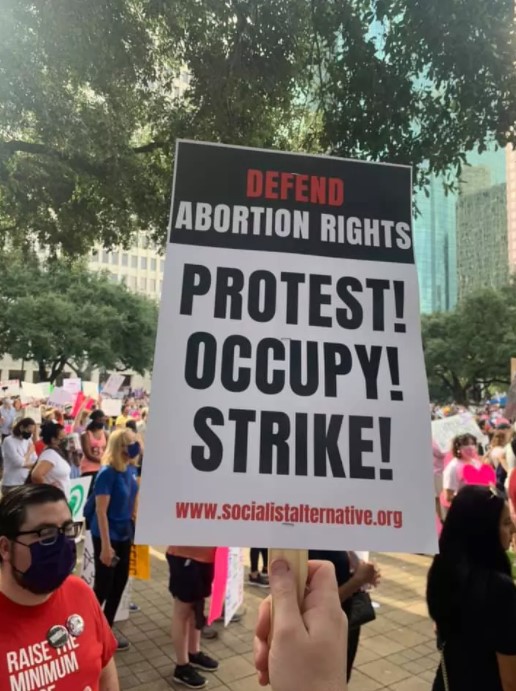 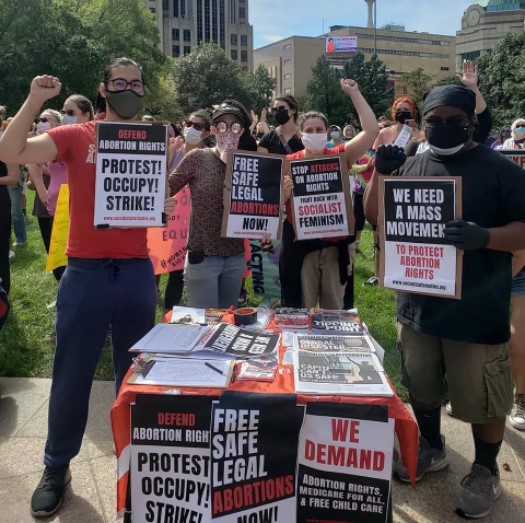 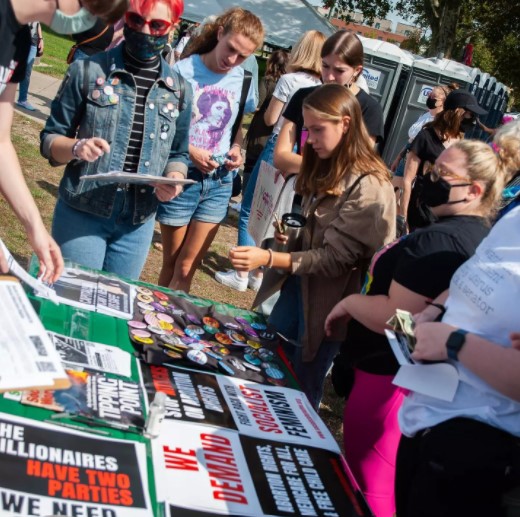 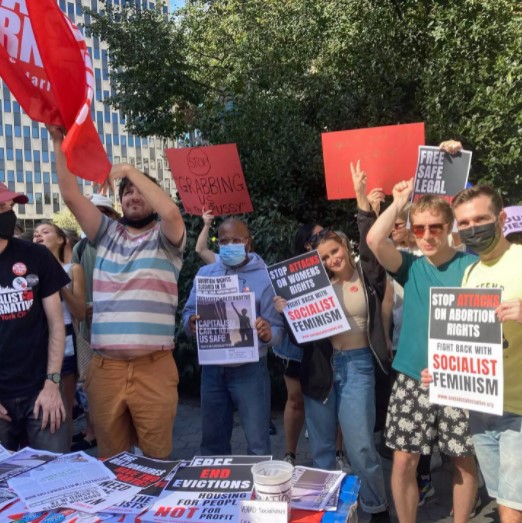 If you agree with us, you support the ideas of Socialist Feminism, join the ISA in your country by clicking on “Contact and Join” above.