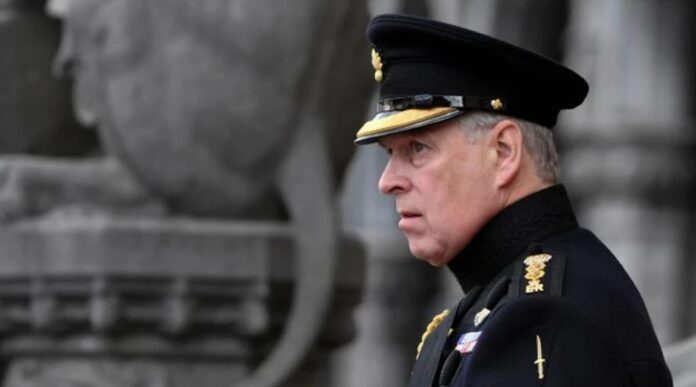 Spoilt British ‘Royal’ Prince Andrew, who would scream and shout if his collection of teddy bears was disturbed, is now facing civil action in the US, after his friend, the socialite Ghislaine Maxwell, has been found guilty of soliciting and trafficking under-age girls.

(This article was firstly published on 18 January 2022)

he Grand Old Duke of York, he had ten thousand men*… and they comprised members of the British royal family, the mainstream media, wealthy business folk, a PR team, at least one convicted sex trafficker and one convicted child abuser, along with a legal team reportedly costing millions of pounds.

This week, however, even Prince Andrew’s army of privileged and powerful people could not save him from the tide of public outrage that has swept over Britain and the world in his continued evasion of accountability in the face of allegations of the sexual abuse of a trafficked teenager in 2001. As a result, it is becoming increasingly untenable for Queen Elizabeth and the royal family to continue to shield Mummy’s favourite boy from the consequences of his own behaviour.

* From an English children’s verse.

While there have been calls for some time for the prince’s eight military titles to be revoked, this culminated with a letter on Thursday signed by more than 150 army and navy veterans in support of this aim. It was then announced by the Palace that Prince Andrew had handed back his military titles to the Queen by a seemingly mutual agreement. In addition, while the prince will retain the title of His Royal Highness, he will not use this in an official or public capacity, meaning that if or when he eventually faces trial he will do so, ostensibly, as a private citizen.

This turn of events has largely been received as a win, or small step towards realising some justice in the case of Virginia Giuffre, the trafficked and abused teenager, and Andrew, the powerful, idle prince.

However, while this is a small step in the right direction, Prince Andrew has evaded any responsibility for his actions in the more than 20 years since the alleged instance of sexual abuse, and in the more than six years since the allegations came to light. In fact, he has been actively shielded behind the silken coat tails of the British monarchy.

In particular, the prince’s mother, Queen Elizabeth (now beginning her jubilee year), has given him safe quarter in her lavish residences, issued legal warnings to the media and their paparazzi not to encroach on the prince at crucial times, and she is even reported to be bankrolling the prince’s legal team to the tune of about £2,000 an hour with bills already said to have reached into the millions of pounds.

There are many reports in the British media that this entire saga is an embarrassment to the British royal family and yet, there has not been an ounce of concern expressed by the royals for the victim at the centre of the allegations. Instead, this move to hand back titles is a much more cynical move in an attempt at damage control of a royal reputation already in tatters.

The actions of the royals have exposed the contempt with which they hold the general British public and victims of sexual abuse. They have been shown to be more concerned with the potential colour tone of an infant’s skin than with the alleged abuse of teenagers by one of their own. Just as the titular nursery rhyme speaks of futile military action, the Prince Andrew, Duke of York, saga speaks yet again to the utterly futile remnant of feudalism that is the British monarchy in the 21st century.

Prince Andrew, however, is not alone among the wealthy ruling class who have close connections to convicted sex trafficker Ghislaine Maxwell and convicted child sexual abuser Jeffrey Epstein. After the recent conviction of Maxwell on these charges, we may well ask who were Maxwell and Epstein trafficking their victims to?

Many of the men included in Epstein’s private jet logs have had their own convictions and/or allegations of sexual abuse or impropriety levied against them. They include former presidents Donald Trump and Bill Clinton, and the actor Kevin Spacey. Contacts in Epstein’s ‘black book’ signify a veritable who’s who of the wealthy elite including politicians, heads of state, TV and movie personalities, media moguls, arms dealers and some of their wives, daughters and female relatives. These include movie producer Woody Allen, TV host Charlie Rose and comedian Bill Cosby, all of whom have themselves been subject to allegations of sexual harassment and assault.

One of Epstein’s long-term close friends was multi-billionaire businessman Leslie Wexner, owner of Victoria’s Secret until recently — a company which has profited significantly from the sexualisation and objectification of women. In recent years, some of its ‘Angels’ have spoken publicly about the culture of misogyny and harassment they experienced at the company.

All of this paints a picture of a tight-knit ruling class whose business and leisurely pursuits rest on a foundation of exploitation and oppression. It should come as no surprise that these high-ranking individuals are prone to exploit others in their personal lives when they so ruthlessly exploit their workers and pursue political policies that entrench this exploitation in their professional lives.

Wealth in capitalist society can only be accumulated through exploitation in the form of poor wages and conditions, and sexist, racist, anti-LGBTQI+ policies or beliefs which justify low pay. To these powerful capitalists, human beings are mere resources, a means to extract profit. In the end, the working class and oppressed are pawns in this game of capital, and the ruling classes will always maintain their class solidarity until they are forced to do otherwise by the masses who far outnumber them.

To date, just Epstein and Maxwell have faced any form of consequences for their actions. This has only been possible because approximately 100 of their victims have bravely come forward and have been largely met by a public who will no longer tolerate these abuses. Those wealthy individuals who benefited from the pair’s trafficking ring must now be called to account. The anger and frustration that has been building in wider society must now be harnessed to demand accountability and justice and to build a movement to challenge all forms of oppression and exploitation.

That’s linked inextricably to ending the rule of a sociopathic capitalist class and their system, of which Prince Andrew, Epstein, Maxwell and the rest of their cohort are or were an intimate part. This requires building a multi-gendered, multi-racial socialist-feminist movement of the working class and oppressed to make this a reality.