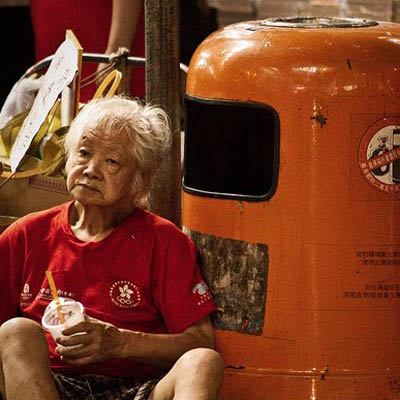 Calls for increased welfare spending and affordable housing are deafening, but this government only listens to the rich

John Tsang’s sixth budget presented at the end of February resembles all the others – stingy beyond belief. Apart from some familiar ‘sweeteners’ – electricity and rent rebates – which are small change for a government sitting on a record pile of cash, this budget again turned its back on grass roots workers, youth, the poor, and the growing numbers in need of housing. Coming just a week before International Women’s Day (8 March) women have more reason than any other group to be outraged at this budget.

Chen Shao-chong, a female construction worker earning HK$10,000 a month to support a sick husband and two sons, spoke for the vast majority of people when she told the South China Morning Post: “I’m disappointed… I think this year is the same as the last, only with even less money being given out”.

This time the government set aside HK$33 billion for one-off ‘relief measures’ – less than half the HK$80 billion of last year’s budget. Again and again Tsang has used one-off measures of this kind to avoid committing the government to a higher welfare ‘floor’. The economic crisis, with Hong Kong’s GDP growing a snailish 1.4 percent in 2012, is being used to scale back even on these ‘sweeteners’. Likewise, on the key issue of pensions, the government has set itself against any commitment to a universal pension system despite this being the most important single measure for reducing poverty in the city. According to the Sunday Morning Post (13 January) the government opposes this on the grounds that “Western countries offering state pensions have run up crippling debts.”

The suddenly “middle class” finance secretary revealed a HK$65 billion budget surplus for the coming fiscal year. It is worth looking at this figure again…

Outside of the oil-states of the Persian Gulf, no government in the world has such riches. Yet true his ‘Scrooge’ image, Tsang has again refused to dip into these accumulated reserves to bolster badly stretched public services or ease the housing crisis.

If you go to almost any street and ask people what they want from the budget, they will likely answer as follows:

The anger of ordinary people is reaching bursting point, as reactions to the budget demonstrate. While the poor get poorer, Hong Kong’s super-rich have never been richer. This has now reached even crazier levels! Li Ka-shing single-handedly increased his own wealth by HK$62 billion last year – almost as much as the government. Li could finance Hong Kong’s entire education system for a year and still be Asia’s wealthiest man, with as big a fortune as he had one year ago.

The city’s top 50 billionaires are worth a combined HK$1, 581 billion (US$204.53 billion). Li Ka-shing increased his wealth by 36.4 percent to HK$233 billion, according to the latest Forbes’ list released in January. Other tycoons like the Kwok brothers of Sun Hung Kai Properties – despite their arrest for corruption – and Lee Shau-kee of Henderson Land increased their fortunes by tens of billions of HK dollars.

John Tsang added insult to budget injury when he claimed to understand the problems because he is himself “middle class”. As many have pointed out, with his HK$368,220-a-month salary, Tsang earns more than the president of the USA. He then tried to justify his statement saying he liked French films and tea, “so there’s not much difference [between mine] and middle-class lives.”

This is just the latest example of government officials showing themselves to be completely out of touch with reality, and underestimating the groundswell of hatred against them and the arrogant business elite they serve. This was Tsang’s first budget for his new and widely unpopular boss, Leung Chun-ying whose approval rating has fallen to 27 percent. It dispels any remaining doubts over whether CY would, as he once claimed, shift government policy in a more “populist” direction. No change! – That is the almost unanimous verdict on this budget and CY’s government (despite the fact CY could desperately use some popularity).

The collective deafness of the government to the needs of the majority is rooted in the system of capitalism and, in Hong Kong’s case, its thinly disguised dictatorial political system. This budget will add to anger against an unelected and undemocratic government that serves only the richest one percent. The current system is designed to drown out the voices of the masses. So the struggle against these policies is linked to the twin struggles for genuine democratic rights and to smash capitalism.

Socialist Action campaigns as part of the Committee for a Workers’ International (CWI), a socialist international organisation represented in almost 50 countries. We are organizing youth and workers in the struggle against capitalism, for a socialist alternative. We are campaigning for the creation of a new mass workers’ party to give the majority a political voice and organizational muscle. If you have had enough of today’s rotten system – join us and fight for: