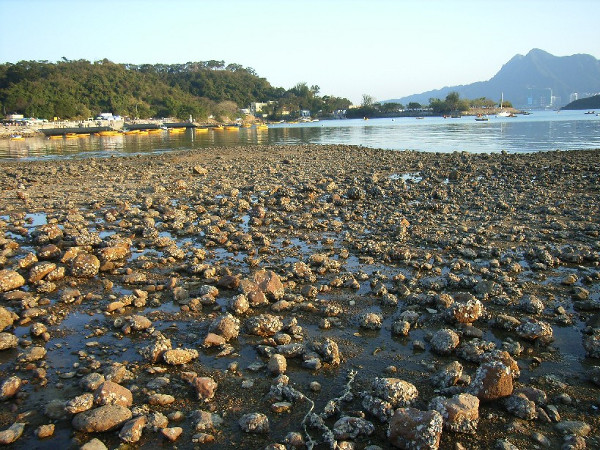 Over 200,000 take to the streets on the eve of Japan’s Fukushima anniversary – to demand a nuclear-free Taiwan

Hsu Hsiao-ming and Pasha in Taipei

Massive demonstrations were held across Taiwan on ‘309’ – Saturday 9 March – demanding the scrapping of nuclear power. The protests were timed on the eve of the second anniversary, 11 March, of the earthquake and tsunami in Japan which caused the devastating nuclear meltdown at the Fukushima Daiichi nuclear plant, the second worst nuclear disaster in history. Across Asia, the continent with the biggest nuclear energy expansion plans; governments are re-launching nuclear projects that were sidelined after the Fukushima catastrophe due to a massive public outcry.

Saturday’s demonstrations were the largest anti-nuclear protest staged in Taiwan. An estimated 120,000 marched in Taipei, the capital, where members of the Committee for Workers’ International (CWI) took part. Reports put the turnout in the southern city of Kaohsiung at 70,000 and in Taichung at 30,000. 2,000 took part in the largest demonstration in Taitung, eastern Taiwan, for many years. This is an area where nuclear waste from Taiwan’s three operational nuclear power stations is dumped. The demonstrators called for the toxic waste to be removed from their area.

The Taipei demo was very big and youthful. The main slogans as the marchers paraded through the city were “No Nuke in Taiwan” and “Stop the construction of Nuclear No 4”. This refers to the controversial fourth nuclear plant, which has been under construction for 14 years, with several delays and budget increases. The overall cost of the plant, scheduled to open later this year, has reached US$10 billion. Opponents of “Nuke 4” point out that 6.5 million people, including the population of Taipei, live within an 80-kilometer radius of the plant.

Taiwan is an island prone to earthquakes, as is Japan. Just days before the anti-nuclear protests, on 28 February, Taiwan was struck by a 5.6 magnitude earthquake that shook some buildings in Taipei but caused no fatalities. The last major earthquake was in 2000, in which over 2.400 people were killed.

The demonstrations on Saturday demanded the scrapping of the ‘Nuke 4’ project and the decommissioning of the three existing, and very old, nuclear plants. The marchers know they have solid support from the mass of the people. In one recent poll, 58 percent said they wanted to halt construction of the fourth plant. This compares with 70 percent who supported building the plant in a poll conducted in 2000.

The unpopular and scandal-ridden government of president Ma Ying-jeou and his Kuomintang face a big dilemma in trying to overcome opposition to its pro-nuclear stance. The government has recently proposed a referendum on the fate of the ‘Nuke 4’ plant. The overwhelming majority of demonstrators at Saturday’s protests oppose a referendum as a political trap, and this was mentioned in several speeches from the platform. One of the speakers denounced the referendum plan as a “conspiracy”.

There are several reasons why a referendum, in the way this would be organised by the Taiwanese government, is not at all democratic. Firstly, the framing of the questions on the referendum paper can be biased – the government is already using scare tactics saying the state-owned Taipower, which owns the plant, will be bankrupted if the project is abandoned. Big increases in energy costs are of course another government argument.

But in addition, the voter threshold for referendums in Taiwan is very restrictive. To be valid, 50 percent of voters must take part and the winning proposition must get 50 percent of the votes cast. This means that the government can further rig the proceedings by tabling more than two alternatives. In Taiwan’s history, not one referendum that has come to a vote has been passed.

Another reason why anti-nuclear campaigners oppose the referendum plan is because the opposition Democratic Progressive Party (DPP) is pushing for this. This pro-capitalist party is nominally anti-nuclear but has a past record of equivocation on the issue (as on all issues). It wants a referendum campaign for purely electoral reasons – to promote itself. The DPP unfortunately has a history of trying to get control of genuine protest movements, by virtue of its weight as the main opposition party. These movements are then largely submerged into an electoral battle of DPP versus Kuomintang, which means that genuine voices and those critical of both capitalist parties are squeezed out.

The supporters of the CWI met with a great response in the Taipei demonstration, discussing with many youth and school students who were interested in our socialist viewpoint, and selling almost all our copies of the Taiwan edition of Socialist magazine.

We support the main demands of the ‘309’ protests for a nuclear-free Taiwan, but we also call for Taipower, destined for privatisation under government plans, to be placed under democratic public ownership and control, by its workforce and the wider community. Socialists call for investment in renewable energy such as solar and wind power, which require government funding and a break with the capitalist system, which puts profit before people’s safety and the environment.