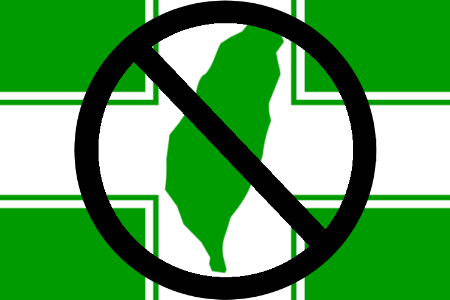 The 3-week occupation of the Legislative Yuan and historic mass protests against the hated Cross-Strait Service Trade Agreement (CSSTA) have again raised the question of whether the opposition Democratic Progressive Party (DPP) is a real alternative to the ruling Kuomintang (KMT). The Ma Ying-jeou government has broken all records for unpopularity. After years of disillusionment the situation came close to exploding in the events of March and April. Yet the DPP has not been able to gain from this process and has even gone backwards in opinion polls. It could not be clearer that millions of Taiwanese and especially the youth are looking for an alternative outside of the two dominant parties.

While some DPP politicians have attempted to align themselves symbolically with the ‘sunflower movement’, the reality is that the party’s agenda is quite different from that of the mass of youth involved in the protests.

Despite its nationalist credentials, the DPP is not as militant on the question of independence as it would have some voters believe. While the party’s platform has always included a section on Taiwan’s de jure independence, the party has softened under pressure from big capitalists like Evergreen Group and Hon Hai/Foxconn Technology Group who favour closer cooperation with the Chinese dictatorship and economy. Many DPP politicians now openly advocate moving closer to the ‘1992 consensus’ position espoused by the KMT, which states that while there is only one China, the mainland and the ‘ROC’ (Republic of China is Taiwan’s official name) are free to interpret this in different ways.

While in its early years the DPP spoke using some traditional social-democratic terms, it is now like most social democratic parties worldwide undeniably a party that embraces privatisation, economic deregulation, free trade zones and the widening of the gap between rich and poor that accompanies such neoliberal policies.

Chen Shui-bian’s 2000-2008 presidency saw the unfolding of an economic agenda barely distinguishable from the KMT’s. This included the privatisation of parts of the banking, telecommunications and utilities sectors, and attacks on pensions. Many workers in these sectors remember the DPP’s time in power as one of job losses, economic uncertainty and continuing government corruption. When voters threw the DPP out of office in 2008 it was not out of love for the KMT but rather as a punishment for these economic policies.

Moved to the right

Today the DPP’s economic policies are even more to the right than they were during their time in power. On many issues the party’s position is near-identical to the KMT’s, and often their posturing in the Legislative Yuan is merely over technical questions. For example, their grumbling in the Yuan around the proposed Free Economic Pilot Zones stems from a technical question of regulatory authority rather than an opposition based on the dangers posed to employment, wages and living conditions by economic deregulation.

Similarly, when the ECFA (Economic Cooperation Framework Agreement) was being debated in 2010, the DPP did not oppose the agreement on the basis that it gave freedom for big business to drive down wages, but rather on a technical question of legislative oversight. Just like with the CSSTA today, the DPP’s main concern was to use opposition to the ECFA as part of their electoral posturing. Also like today, their ‘opposition’ consisted of little more than a vague promise to reconsider the agreement and refer it to the WTO!

In fact, DPP legislators have time and time again expressed their willingness to be part of the neoliberal ‘opening up’ of Taiwan alongside the KMT. In February they enthusiastically joined a cross-party financial alliance in the Legislative Yuan specifically designed to oversee the deregulation of Taiwan’s economy, with legislator Ker Chien-ming gushing that “the DPP is not always on the side of antagonism.”

The DPP knows that trade deals like the ECFA and the CSSTA will have a negative impact on Taiwanese workers living standards, wages and conditions. Its own internal research has shown that the gap between rich and poor has widened as a result of the ECFA. Some in the party argue that this fact should be exploited at election time as the weak point of Ma Ying-jeou and the KMT. But there are limits to how much the DPP can criticise the country’s youth employment crisis, falling real wages and eroded pensions, as these are developments they either helped implement or have not opposed.

The DPP has found itself in crisis. Rather than being boosted by the sunflower movement this has exposed its internal divisions. Despite DPP legislators appearing and speaking at the protests outside the Legislative Yuan the party’s poll ratings have fallen from 32 to 28 percent since the occupation! This is not surprising, given that the demands of the growing movement quickly became far more radical than anything the DPP was calling for. Since the occupation ended accusations have flown within the party that it mismanaged its response to the movement.

Former DPP legislator Kuo Cheng-liang has said the Sunflower student movement has “shocked the DPP back to its original pro-independence state of mind.” More accurately, the movement has drawn out into the open the party’s wildly contradictory internal positions on the question of independence. These range from a belief that a more radical stance on independence is needed, to the idea that the call for independence is no longer “an election issue” as former Premier Frank Hsieh Chang-ting has argued.

The party’s own analysis of its 2012 presidential election defeat pointed to too hard a line against China. DPP heavyweights like Hsieh have openly called for a cross-strait policy more like the KMT’s. “If the DPP wants to return to power,” Hsieh said in January, “it must change its China policy as soon as possible.” Hsieh’s comments were seen as directed towards the then party chairman Su Tseng-Chang, accusing him of not moving quickly enough to soften the DPP’s cross-strait policy.

But after the seismic events of March and April, both Su and Hsieh have pulled out of the race for the upcoming chairman elections. The only contender now is Tsai Ing-wen, whose more vague position on independence is still seen as insufficient by Hsieh and big sections of the capitalist class. These internal contradictions are likely to continue to plague the DPP.

These developments have certainly made the Chinese dictatorship nervous. It isn’t really afraid of the DPP leaders, but it is afraid that mass movements like the one we’ve just seen could exert huge pressure on them. DPP legislators have shown they are more than willing to compromise Taiwanese people’s livelihoods under pressure from the Taiwanese capitalists whose main source of profits is China, but also that they are sensitive to pressure from the masses whose votes they need to defeat the KMT. Beijing has already been angered by the DPP’s use of “state-to-state” terminology in its proposed wording for the draft bill to increase scrutiny of future cross-strait agreements (which emerged from the students’ occupation). But while the rival nationalist camps trade blows over the terminological wrapping, they are in broad agreement over the content of such capitalist trade agreements.

Nationalist politics cannot solve the problems faced by people in the region, be they from Taiwan or China. Taiwan’s political scene is dominated by capitalist parties that compete for power hiding behind Taiwan nationalism or pro-China nationalism, while standing for fundamentally the same anti-worker policies. But for the masses, privatisation, deregulation, outsourcing and wage cuts are the same whether wrapped in ‘ROC’ (favoured by KMT politicians) or ‘Taiwan’ (favoured by DPP and independence supporters) packaging.

The mass struggle against the CSSTA and Ma’s government has shown the urgent need for a political alternative to the pan blue and pan green capitalist blocs with their subordination – albeit at different speeds – to Beijing’s economic agenda. The lack of a workers’ party leaves events like the 2016 election to be monopolised by neoliberal politics and pro-capitalist deals with China, the US and other big powers.

Socialists and the supporters of the CWI in Taiwan stress the need for a new workers’ party that is completely independent of capitalism and can organise struggle on the streets and in the workplaces against the economic attacks of both the established political blocs.