The World Health Organisation (WHO) has featured heavily on our radars lately, often painted in a positive light for its ‘expert’ advice on dealing with the COVID19 pandemic. On 29 September however, a report was released detailing the sexual abuse by WHO workers during its response to the 2018 Ebola crisis in the Democratic Republic of Congo (DRC). Along with the WHO, other agencies and NGOs such as ALIMA, UNICEF, IMC, World Vision, OXFAM, MSF (Doctors Without Borders) stand accused.

All 51 women who were interviewed reported that they were pressured into having sex with employees from the WHO and other agencies deployed for the Ebola relief project.

Almost 60% were exploited sexually by men working for the WHO. There are also reports that work contracts were terminated when women refused to have sex with their male superiors. Although the DRC Health Minister claims that no formal complaints were lodged, reporters found that the accounts were so numerous and similar that the practice appeared to be widespread and common. A driver for one of the aid agencies commented that “it was so regular it was like buying food at the supermarket”. A woman stated that sex became “a passport to employment” for jobs that paid much higher wages in a region where stable jobs for women are in short supply. “Women said men routinely refused to wear condoms — at a time when physical contact was being discouraged to halt the spread of the deadly virus. Many knew the men’s names”.

Unfortunately, these reports do not come as a shock. UN agencies tasked with so-called “peace-keeping”, commonly referred to as the “blue helmets”, and “aid” in the most troubled and war torn regions of our planet have been embroiled with similar scandals for decades. During the Bosnian War (1993–94), 47 Canadian peace-keeping soldiers were accused of sexually abusing nurses and interpreters and physically abusing mental health patients. The sexual abuse by peace-keepers from no less than ten international contingents in the Central African Republic in 2016 was so severe, including French soldiers using food to lure girls as young as 9 years old for sex, that the UNHCR itself was pressured to admit these acts were “rampant”. At the present moment UN staff in Uganda’s drought-stricken Karamoja region stand accused of trading food for sex in a region where more than 500 000 people are facing food shortages.

The reality becomes even more grim when considering the sexual exploitation of children. 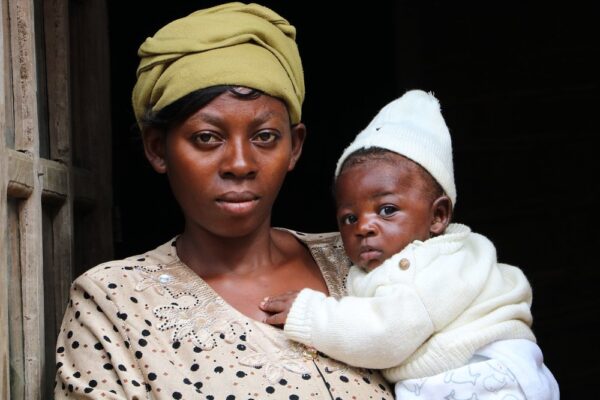 In a 1996 UN study on the effects of armed conflict on children, Graça Machel reported that “in 6 out of 12 country studies on sexual exploitation of children in situations of armed conflict […] the arrival of peace keeping troops has been associated with a rapid rise in child prostitution”.

In 2017 it was reported that over a 10-year period, more than 100 peace-keepers were involved in running a child sex ring. Amnesty International reported in 2004 that girls were kidnapped, tortured, and forced into prostitution in Kosovo; the demand for child sex slaves being driven by NATO and UN staff. Routine rape of local children was employed as a means of coercion.

The UN and other large-scale aid agencies often deploy into regions where the local populations are facing severe desperation. Engulfed in civil war and pandemic conditions, women and children are generally confronted with extreme poverty, lack of jobs, food and water shortages, insufficient access to healthcare both physical and mental, and uprooted from their land. Peace-keepers and aid agencies deployed as stop-gap and relief measures enter these regions in the perfect position to take advantage of the last thing left to sell for these women and children — their bodies. The immense power disparities between the “deployed” (occupying) forces and the local population produces textbook conditions for abuse to thrive. In addition to this, peace keeping forces and aid agencies are perfectly posed to exploit the immense gender inequality and oppression, such as the widespread commodification of women and sex and high levels of gender-based violence, already existing in these regions.

However, these very same “peace-keepers” and “aid” agencies cause the foundations for exploitation in the first place. The UN receives the vast majority of its funding from imperialist nations such as the USA (22%) and China (12%). These are the very same countries whose governments along with big business are staging a scramble for resources, land, and cheap labour in the neo-colonial world. The UN was formed as a measure to save capitalism after WW2, with financial institutions like the IMF and World Bank to keep former colonies in check, and where neo-colonial countries are denied any real democratic representation while the imperialist countries enjoy significant veto powers. In essence, the UN exists to advance the interests of the imperialist nations and their pursuit for economic dominance.

The capitalist system’s need to consistently increase profits and expand markets is at the root of the political and social instability of the regions “warranting” UN and aid deployment. The DRC, and many other countries in Africa are treated as playgrounds of extractive industries, where the global capitalist class can further their ideal that labour must be free of any obstacles that prevent the movement of capital and potential for profits. This ideal has not only resulted in conditions verging on slave labour in Africa, but even significant cases of forced labour continue to be documented.

A question of power

Imperialism is capitalism spanning the entire globe in a contest between its major nation states and their ruling classes for markets, capital exports, political and military influence. The UN attempts to unify, with ever-decreasing success, the capitalist class from different countries and mediates their political and economic interests under the veil of diplomacy.

This allows them to collectively assert their dominance over the working class internationally.

Rape and sexual abuse has historically been a question of exerting power over another human being. This dates back to women and children being considered “spoils of war”. In the pre-middle ages, women and children were captured and sold as slaves for both labour and sex. Even in societies that had abolished slavery, it was considered normal for commanders of victorious invading armies to allow their soldiers to “rape and pillage” as part of their payment for fighting. These practices contributed to the dehumanizing element of warfare and were not limited to single countries, but rather a common phenomenon wherever violent conflict reared its head.

The systematic rape of women is not just a historical feature but a key means of modern warfare today — the DRC, the Balkan war, and Syria are well documented examples. Sexual violence targeted at women and children specifically is a conscious weapon that dehumanizes and objectifies of occupied people. It plays a critical role in maintaining divisions based on nationality in the working class as a whole and the justification of other forms of violence.

In the neo-colonial world, toxic misogyny (ingrained prejudice against women) stemming from millennia of womens’ oppression becomes mixed with racism invented purely to justify slavery and colonisation in pursuit of profits. The very act of occupation by outside forces to keep the peace and/or provide aid and assistance plays into the false idea that the local populations are “savages” incapable of resolving these crises themselves. It therefore comes as no surprise that where peace-keeping occupations occur, it is the general trend that violent sexual acts increase significantly. The UN provides the channel for capitalists to strip the neo-colonial world of all its wealth, and then uses this as a justification to send occupying forces to “assist” the “helpless” and “ill-equipped”, while turning a blind eye to continued violence from its forces.

No justice for victims

That victims of these horrendous acts have almost no avenues toward any form of justice is not a coincidence but a feature of the global capitalist system. UN occupying forces have immunity from local laws and it is the responsibility of their home countries to “discipline” them and in general it is difficult to find out what justice, if any at all, has been pursued. In their home countries, victims face the obstacle of instability from epidemics and conflict that further block access to justice.

This illustrates perfectly the contradictions of the liberal international legal system. Economic power houses can dominate globally under the legal pretenses of institutions like the UN and World Bank — even prescribing local law changes based on “aid” provided — but access to human rights and dignity is “outsourced” to local authorities.

No amount of lip-service, of acknowledgements of grotesque acts, of promising to do better by the UN and its related agencies will materially change this issue of super-exploitation of women and children. The UN was created in the 1950s for the sole purpose of saving capitalism after brutal wars had pushed regular people to consider an alternative. Exploitation is in its very roots, and by continuing to endorse the unrelenting pursuit of profits in the neo-colonial world, it will allow the continued super-exploitation and intensified sexist and racist oppression of the most vulnerable people.

What is the alternative?

As the International Socialist Alternative, we are opposed to all imperialist involvement in conflicts, whether or not it is sanctioned by the UN. We work to expose illusions in the UN, its “peace-keeping” missions and “charity” as saviors and instead turn our hopes to the working class and poor locally, as well as international working class solidarity. At this point it is crucial to demand the establishment of worker — and community-led independent tribunals to thoroughly investigate the WHO and aid agencies’ abuse in the DRC, which has the power to hold the perpetrators to account for their actions. Furthermore, all victims should receive counselling services and compensation immediately.

We believe that the working class and poor should be in control of the wealth — such as the vast mineral wealth in the DRC — that is produced in society, and are actively building mass campaigns in over 30 countries for the nationalisation of the commanding heights of the economy under workers control as a step towards a socialist world. This wealth can be used to create the sufficiently resourced local healthcare systems, as well as the worker and community led peace-keeping committees, as required by the people in these extreme conditions.