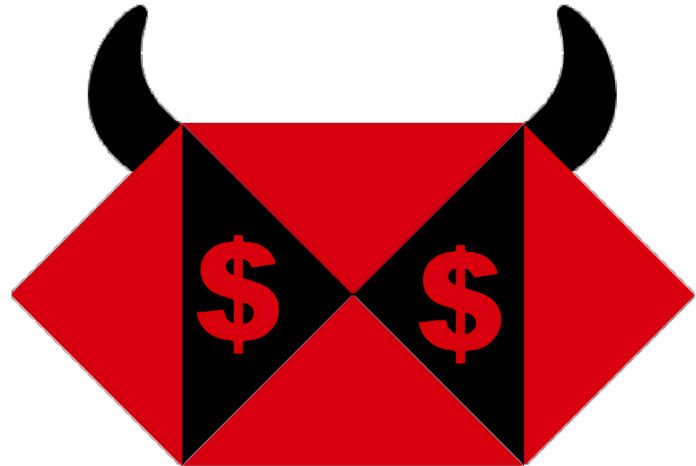 Solidarity Against Repression in China and Hong Kong

HSBC is the focus of protests internationally because it cooperates with the Chinese dictatorship’s crackdown against democratic rights in Hong Kong. On May 31, forty seven Hong Kong democracy activists, opposition politicians and trade unionists will stand trial for subversion under the national security law. Among them is veteran democracy campaigner and left activist ‘Long Hair’ Leung Kwok-hung.

This is the biggest trial so far under this viciously anti-democratic legislation. Protests will take place in dozens of cities worldwide to show opposition to the law and demand the release of the 47. Some of these protests will take place at HSBC offices due to the banking giant’s close political ties with the Chinese regime, as this leaflet from Solidarity Against Repression in China and Hong Kong outlines.

With HSBC’s high profile support, China is imposing undemocratic laws and political repression in Hong Kong. HSBC has frozen bank accounts belonging to groups and individuals campaigning for democracy. During the 2019 mass democracy protests in Hong Kong, HSBC and other big companies spied upon the political views of their staff and dismissed trade unionists.

HSBC (Hong Kong and Shanghai Banking Corporation) is Europe’s biggest bank, headquartered in London, which makes big profits through its close relationship with China’s dictatorial regime. The biggest shareholder in HSBC is China’s Ping An Insurance, a partly state-owned company, which boosted its stake in HSBC to 8 percent last year. HSBC has repaid this increased financial backing with political support for the repressive national security law, which is being used to destroy press freedom and free speech in Hong Kong.

Solidarity Against Repression in China and Hong Kong (SARCHK) is an international campaign of labour activists and socialists. SARCHK organises to call out the anti-democratic and anti-worker dealings of multinationals and governments, some of which claim to promote “democracy”, but in reality are sabotaging every real struggle against authoritarian laws and regimes. Big business and its political representatives always put profits and their own power interests first – any talk about “democracy” and “human rights” cannot be trusted.

Under the national security law in Hong Kong any criticism of China’s CCP regime is effectively banned as an act of subversion. This “crime” can be punished by life imprisonment. The law was enacted by China’s unelected ‘parliament’ the NPC to attack media, opposition politicians and election candidates, protest groups and peaceful marches. 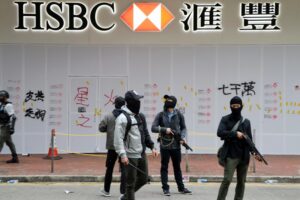 HSBC “respects and supports all laws that stabilise Hong Kong’s social order,” the bank stated when the national security law was announced in 2020. Top HSBC bosses didn’t just support but actively campaigned for the new law to be introduced. HSBC’s Deputy Chairman Peter Wong is a member of the Chinese People’s Political Consultative Conference (CPPCC), which is China’s unelected parliamentary consultative body – full of billionaires and company bosses that support the dictatorship. Wong is therefore a prominent supporter of the Chinese dictatorship and its national security law. In June 2020, he took a photo as he signed a petition supporting the imposition of the national security law and posted this on the company’s social media account.

HSBC bosses say they had “no choice” but to declare support for the law and that Deputy Chairman Wong was “pressured” by the dictatorship into taking a public stand. If this is true it only tells us that even the super-rich HSBC board have no free speech under China’s dictatorship. While protesters risk prison and persecution to resist the onslaught against democratic rights, HSBC bosses and other capitalists cooperate with the regime to safeguard their billions of dollars in profits. China’s lack of trade unions and basic democratic rights has been a major reason for so many foreign companies to invest and move sizeable parts of their production there – it is a hell for workers but a paradise for big business!

SARCHK campaigns in support of democratic rights in China and Hong Kong. We support the right of all workers to join a union to fight against workplace abuses and exploitation. Trade unions are completely banned in China and are under serious attack in Hong Kong. Several Hong Kong union leaders have been jailed under the national security law. We are calling out HSBC for its collusion with the viciously repressive Chinese regime. We urge trade unions and ordinary working people everywhere to show your solidarity with the struggle for democratic rights in China and Hong Kong.