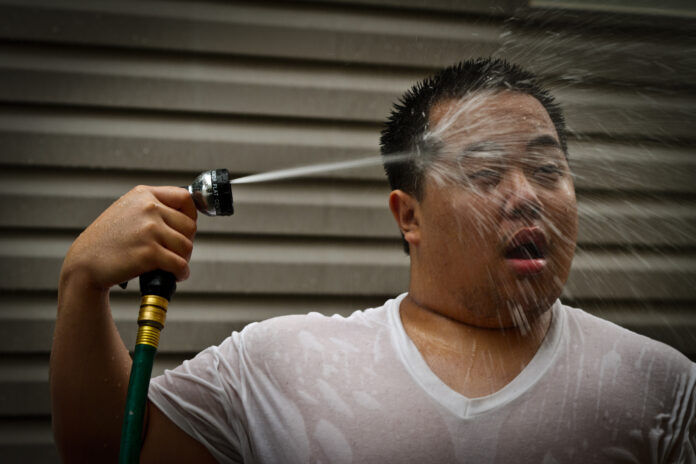 Temperatures have risen as high as 45C degrees. Extreme heat of over 40C has been recorded for more than 70 days in a row, affecting 900m people. New Scientist magazine declared it the “the most severe ever recorded in the world”.

Blackouts are crippling industrial production. Workers are passing out from heat strokes. Farmers face mass crop failures and death of livestock. We can only consider it a black comedy that the regime’s response is to increase coal production.

Across the world, scorching summer heatwaves are showing the deadly reality of climate change under capitalism. From the Rhine to the Yangtze, rivers are so dry that many can no longer be used to transport goods and people. Hydroelectric power has been dealt a severe blow, triggering widespread power shortages especially in China.

Droughts are revealing dinosaur footprints in lake beds and threatening to destroy vast amounts of food crops. In India, rice planting areas have shrunk by 13 percent this year. Madagascar is facing what the UN describes as the “world’s first climate change famine”.

Droughts in China’s Sichuan province (population 84m) have been particularly acute, with electricity production falling off a cliff. Nearly 80 percent of the province’s power comes from hydroelectricity, which in August collapsed by half. Meanwhile, the heat is spiking electricity demand for air conditioning in many households.

The province has been hit by severe cuts. “People need to go to a power centre over 10km away to charge their phones”, stated one resident in the neighboring region of Chongqing. Lights in metro trains and streets have gone completely dark. Electric taxi drivers in Chengdu, Sichuan’s capital, reported waiting in line for nine hours before being able to charge.

In Guang’an and Dazhou there have been continuous total blackouts for up to six hours. This is all while Sichuan authorities continue to ‘prioritize’ power to residential areas, fearing mass protests if full blackouts were instituted.

But this has caused an almost half-month total blackout for factories. Jinko Solar’s facility in Sichuan has no timeline for resuming production. Honda’s plant in Chongqing remains closed. China’s “Financial Times”, Caixin, said that disruption in Sichuan “will soon force production halts for electric vehicles”. This is an added setback for China’s car industry which has lost several hundred thousand units over lockdown.

China’s Energy Administration has stated that “electricity will be transferred from other regions”. But as BloombergNEF analyst Nannan Kou says, “Sichuan lacks the infrastructure to receive enough supply”, reflecting a long-standing problem with fragmented power grids in China. Upgrading power infrastructure connecting provinces runs into a wall of red tape, because capitalists in charge of the bureaucracy do not want competitors to cut into the profits of local energy monopolies.

Despite crippled power, Sichuan continues to export one-third of its hydropower to other provinces, being forced to honour its contracts. Yet across the Yangtze, drought has caused power curbs in Zhejiang, Anhui, Jiangsu and Shanghai. Steel, metals, polyester, textiles and electronics have all been affected. Shanghai turned off its famous skyline, escalators and cut air conditioning.

The Yangtze supports more than 450 million people and one-third of China’s crops. Drought has caused mountain fires, wilting crops, and the spread of disease and pests. Thousands of hectares of crops have already been declared as “a total loss” in Sichuan and Hubei provinces. Additionally, climate chaos caused severe flooding last year, delaying the sowing of more than one-third of the wheat crop nationwide. All this has caused China’s government to declare the drought a “severe threat” to the autumn harvest.

Power cuts have also killed thousands of poultry and fish on many farms, with one farmer’s video showing how overnight her entire chicken coop died from the heat. Many small farmers, looking to save their incomes, have sold their wheat to dairy companies offering higher prices. An obsession with food security means China is over-farming and depleting groundwater.

In the end, rising costs for basic foodstuffs will hit working people the hardest. Food costs will rise even more due to the closing of fertilizer manufacturers in Sichuan, delaying production for weeks. Price controls are immediately necessary, but a globally-planned democratic socialist system is the only way to fully resolve the crisis.

Desperate to restart production and save the harvest, the CCP regime has turned to massive cloud-seeding using drones. However, this does not increase the actual amount of rain, only causing it to fall earlier. It is thus only a temporary stopgap.

Such erratic conditions will only worsen with a destabilizing climate. While the state media is celebrating the re-opening of some factories, many remain cautious and dependent on in-house generators. Others are indefinitely shut as any destabilizing conditions can destroy a whole batch of production.

China’s water crisis means the regime is running on borrowed time. Far greater food and industrial shortages could occur if there was a multi-year drought. Average available water supply in north China is fifty-per cent below what the UN considers “acute water scarcity”.

Even the Chinese regime’s $62 billion South-North Water Transfer Project does not come close to resolving the water supply gap. With the Yangtze drying, there is little water in the south to transfer. Another proposal from the regime is desalination of sea water, except this requires huge amounts of electricity.

After the severe coal crunch in 2021, Xi Jinping promised “China will never allow a major incident like large-scale power cuts to happen again”. This led to approvals of a slew of coal-fired plants. Sichuan is already firing up more coal plants, with the biggest operating at full capacity for 21 days. The Sichuan Coal Industry Group has doubled coal production since August.

Across China, the first quarter of 2022 saw nearly double the amount of coal-fired power plants approved compared to last year. While coal investment is surging, few investments are poured into China’s poorly linked energy grids. Different provinces are not sharing power capacity and coal has to be physically transported.

The regime’s addiction to coal has therefore exacerbated a known symptom of the climate crisis. A revolutionary workers’ government would have immediately begun to deactivate coal in favour of renewables, renovate millions of homes to be carbon-neutral, and create natural infrastructure such as heat-absorbent ecosystems near peaks to slow down glacial retreat in the Tibetan plateau. This is where all China’s and most of Asia’s great rivers originate, feeding 46 percent of Southeast Asia’s population.