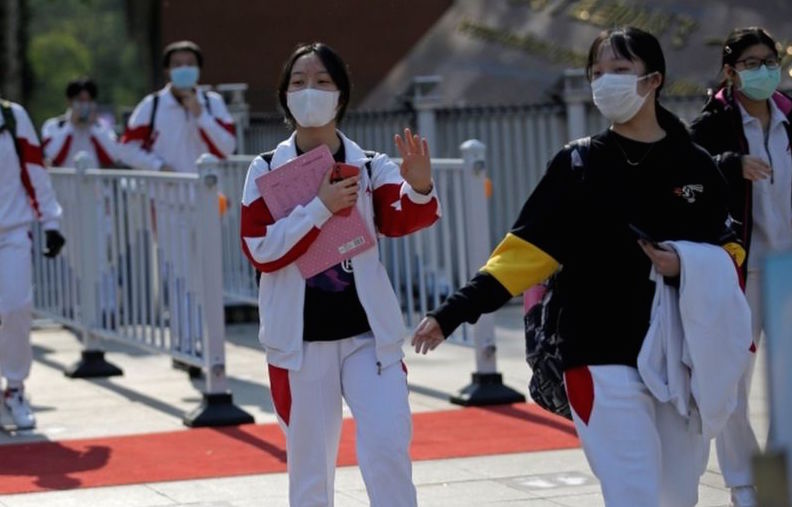 Due to the coronavirus pandemic the Chinese state imposed strict lockdowns on university and school campuses since April. In August, the Ministry of Education announced a partial relaxation of the rules for the new semester that started on 1 September. But many schools continued with hard lockdowns, involving strict exit controls and security guards blocking school exits, which gave rise to significant student protests in several regions. This article was written in October. 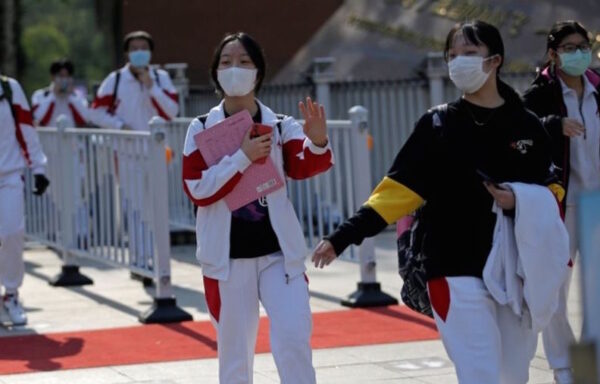 Universities across China continue to be in lockdown. 37 million students across the whole country are not allowed to leave their campuses, officially to “prevent the further spread of the pandemic”. Protests have erupted at campuses in many different parts of the country. In such repressive conditions, the students of China have demonstrated their commendable bravery in the face of totalitarian rule.

To stifle criticism, the CCP dictatorship makes massive propaganda claims about “defeating” the pandemic and the economic crisis, but these boasts are exposed by the very nature of student demands – against the unbearable sanitary conditions of the dormitories. From the use of “gutter oil” [cooking oil recycled from waste] in campus canteen food to increasing water prices and cuts on already limited shower times for students, the cash-starved education system spares nothing for students while the government conducts a three trillion yuan bailout for businesses and local governments that have furloughed and laid off millions of workers.

Students from Dongguan to Hefei have organized protests against the campus authority’s draconian restrictions, adopting a set of “five demands” against skyrocketing water and electricity fees, bans on takeaway food, and shortening of internet usage time. This is significant: the use of “five demands” has become a feature of some protest situations in China and is directly copied from last year’s Hong Kong mass struggle, even if the content of the demands varies.

The students’ final demand is almost a mini-Hong Kong protest call for democracy, pushing for the democratic election of student delegates to negotiate and fight for the students’ demands. The authorities have predictably laid accusations of “foreign influence” against the student leaders. A hashtag on Weibo [China’s most popular social media platform] relating to the protests was read more than 150 million times before being quickly censored. With these short bursts of defiance, a prairie fire of student protests has spread across the country.

The biggest attack on students has come from the shortening of their 7-day national holiday to just one day. 2,000 students from Tengzhou High School in Shandong province demonstrated against the holiday restriction, advancing the spirit of resistance against the regime’s increasing everyday repression – and winning.

These demonstrations should not be underestimated. They represent a deep discontent and angry mood among the youth against the dictatorial capitalist system and the pressures it places on them as future workers. Even high schoolers are bravely raising the slogan “Fight until death, Give us back holidays”, writing in their mobilization letter that “we’ve been silent for too long” and that “oppression will never seek to constrain itself because of our submission”. Famous Mao phrases like ‘wherever oppression exists, there will be resistance’ have also been popular.

The campus protests are connected to the Jasic struggle of 2018, in which around 60 leftist students supported workers’ strike action and calls for an independent trade union in Shenzhen. A much wider layer of students, while not directly involved because of the extremely repressive conditions, followed this struggle closely through surreptitious online forums and chat groups and then became radicalized against the rich and powerful.

Restrictions on students’ rights are often at the forefront of attacks, as the schooling system under capitalism seeks to produce obedient workers for future profits. Extreme levels of control in universities therefore reflect a very real fear from the CCP as the contradictions under its state-guided capitalism have become completely unmanageable.

The newest wave of attacks on people’s livelihoods includes a 9.8% or 13.7 billion yuan cut to the 2020 education budget, no doubt pushing more households to rely on the massively expensive system of private tutoring, where parents can spend an average of 120,000 yuan a year on tutors in a country that has over 600 million living under 12,000 yuan per annum. This egregious inequality is further exacerbated by underfunded schools, creating huge numbers of low-income workers that are forced to work in sweatshop conditions – this applies to the service and even tech sectors, not only China’s infamous factory sweatshops.

But students cannot win the battle against budget cuts and rising fees alone; the entire system of capitalism headed by the CCP is at fault. Many of the 8.7 million college students expected to graduate this year won’t be able to find jobs, and the same spirit of resistance should be targeted against the rampant inequality that pervades capitalist society.

The bravery of the student protests should inspire workers to take action and defend their own interests against the mass layoffs and wage cuts the bosses and the state have enacted. Only through the working class, who are at the center of production under capitalism, can the entire system of oppression be defeated.

Already, the state has gone on the counter-offensive, with school authorities often backed up by the police, rounding up so-called ring leaders and cracking down on the protests. It is a familiar pattern from the CCP authorities to initially offer some partial concessions to defuse a movement, but then follow later with repression against those it identifies as “agitators”. This will not be the end of the matter, however. China has a long history of student protests that in turn trigger mass workers’ struggles and even revolutionary movements, as in 1919 and 1989. The CCP dictatorship is particularly nervous about protests by students for this reason. The recent protests and their nationwide appeal are like the first tremors before an earthquake, they are a sign that huge mass struggles are on the way.